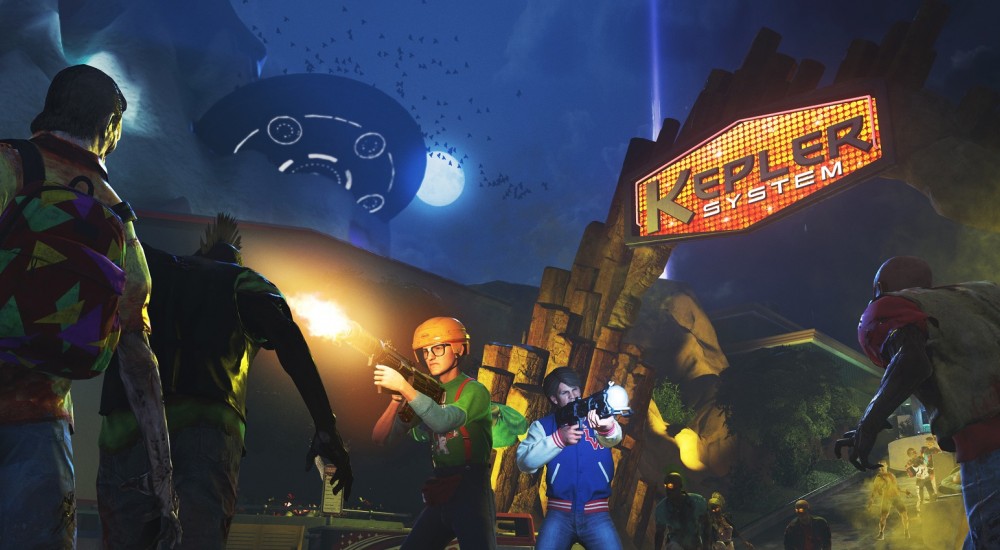 Activision and Infinity Ward have unveiled their plans for the co-op zombie mode in Call of Duty: Infinite Warfare. "Zombies in Spaceland" will pit you and up to three other friends against the undead menace in a space-themed amusement park. Oh, and the whole thing is set in the 1980s. We are go for Hasslehoff, people!

After magically being teleported inside a director's horror film, four aspiring actors will have to shoot all of the zombies as they take on the personas of four stereotypical '80s characters: the jock, the nerd, the valley girl, and the rapper. Together, they'll face off against zombies in Thriller jackets, 3D glasses, mohawks, and (shudder) clown outfits. Like zombie modes in previous Infinity Ward developed Call of Duty games, "Zombies in Spaceland" features the vocal talents of Jay Pharoah, Sasheer Zamata, Ike Barinholtz, Seth Green, Paul Reubens, and David Hasselhoff.

"Zombies in Spaceland" will launch with Call of Duty: Infinite Warfare when it gets released on PC, PlayStation 4, and Xbox One on November 4, 2016 (presumably, it comes with the game and will not be paid DLC). The zombie mode is the only co-op offering for the title and will support four players online.