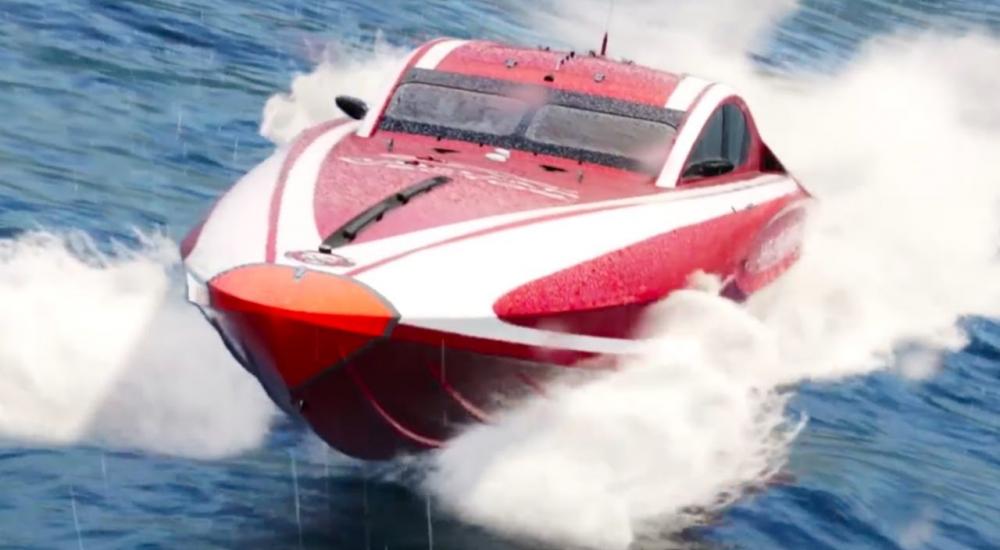 The Crew 2 features a number of different real-world vehicles, ranging from Harley-Davidson motorcycles to Mercedes-Benz cars. In the latest video, Ubisoft shows off the Jaguar motorboats that players can look forward to when the game releases on June 29th, 2018 across Xbox One, PlayStation 4 and PC.

The Crew 2 features a full world for exploration and whether players want to explore by land, sea, or air is completely up to them. While much of the Jaguar boat footage takes place on what appears to be a lake, it ends showing the boats riding down a small forrest stream (0:42), proving the hard rules of reality don’t matter as much in the game as player originality.

The video above is the latest from Ubisoft who has been showing off different vehicles that are set to appear in The Crew 2. The other videos in the series can be found on Ubisoft’s official YouTube channel here.

Will you be taking to the skies, seas, and cities come June 29th, or is an open world set for free exploration not enough for you? Let us know in the comments below!