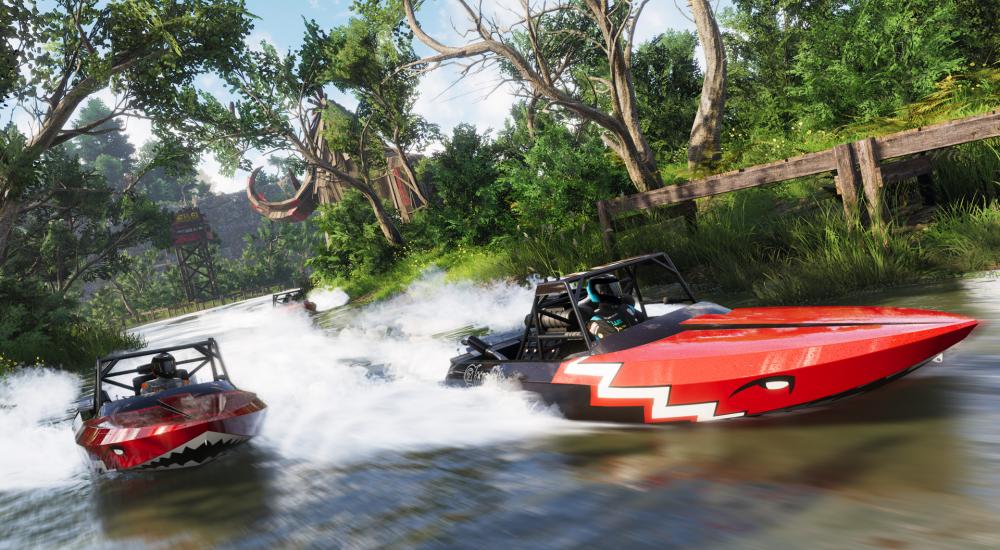 As The Crew 2 gets ready to release later this month, the steady stream of gameplay details and videos continue. The guys at Outside Xtra captured some of their time in the recent closed beta, so enjoy nineteen minutes of uninterrupted co-op gameplay that starts with driving in a car, transitions into an airplane, and finishes by taking the role of the worst-suited vehicle for a land race; a boat.

The Crew 2 features co-op which is on full display in the video below, showing that no matter which partner wins the race, the victory counts for the team. While you can catch different vehicles in the video below, players can also take control of four-wheelers and motorcycles as other modes of transportation. Although they were not featured, Ubisoft has videos showing all of the various vehicles, which can be found on their YouTube here.

While the video is from the closed beta that ended on June 4th, we want to give special thanks to Outside Xtra for sharing the co-op gameplay we here at Co-Optimus are so excited about. After the closed beta, Ubisoft announced plans for an open beta, and, although details have not yet been released, The Crew 2 is set to be part of Ubisoft’s E3 2018 presentation so those details should be coming soon.

In the midst of all this excitement, Ubisoft also announced that they will be ending support for The Crew. In a blog post from Tuesday, the development team stated that they will make the "temporary halt on patches in The Crew, permanent." This does not mean the servers are coming down anytime soon, but we wouldn't be too surprised if they come down within the next couple years.

The Crew 2 is slated for a June 29th release across PlayStation 4, Xbox One and PC. While the video above included more general gameplay than any specifics, it should be noted that publisher Ubisoft has been very open on the deals that they have made with various manufacturers, from Harley-Davidson motorcycles to Jaguar boats, meaning that if you’re hoping to take to the digital seas with your favorite brand of boat, this could be the game for you.

Will you be taking to the skies / seas / land / roads come June 29th, or has the summer brought other games out for you to play? Let us know in the comments below!