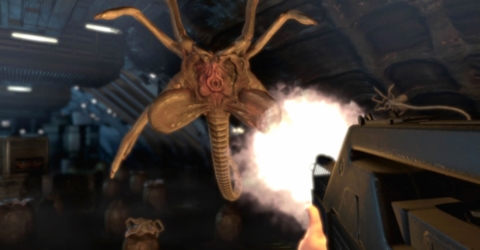 By my math, Aliens: Colonial Marines was announced almost a full three years ago.  Co-Optimus was only a month old at the time but it was something we immediately knew would be special.  What we didn't realize is it would be special not because its an incredible looking four player co-op title based in the Aliens universe, but because of the ups and downs of its path to existence.

It appears next year might finally be the year those little face huggers bust out of their eggs and onto our PCs and Consoles.  According to Eurogamer, Sega and Gearbox are ready unveil just what's going on with the title.  We can expect an update in the next few months, which most likely means the game will see a release late next year.  Gearbox is currently working on Duke Nukem Forever, alongside another top secret project (Borderlands 2), in addition to the Aliens: Colonial Marines title.