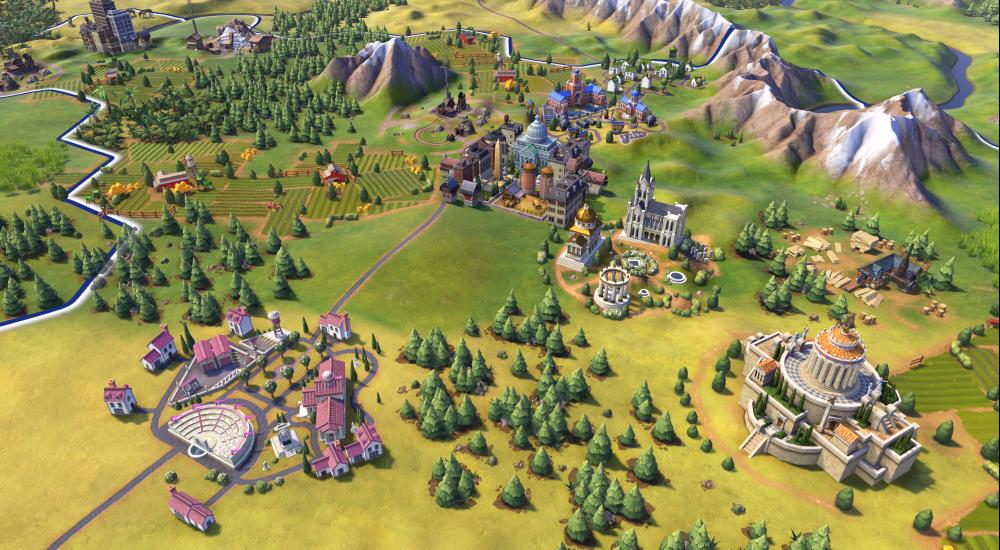 The latest iteration of Sid Meier's global strategy game received a relatively positive reception back when it launched in the fall of 2016, but it was still plagued by deficiencies in the series' oft-criticized AI opponents.  Over time, though, the Civilization VI developers have worked to alleviate these issues, currently culminating in the game's "Spring 2018 Update", out today.

This being a Civilization game, the patch covers a lot of ground in terms of bug fixes, additions, and general tweaks.  If you'd like to dig into them yourself, you can find the full list here.  In essence, the Joint War option has been adjusted, new Historic Moments have been added, and the AI considers a few situations with a bit more nuance.  Anton Strenger explains all of this below, in case you're more of a watcher than a reader.

The Joint War changes will be especially helpful in the game's online co-op, as will fixes to multiplayer connectivity.  I ran into a fair number of technical issues surrounding the co-op experience when I last played, so hopefully this will help smooth things out.

Keep in mind that some of these changes are specific to the game's "Rise and Fall" expansion and won't affect the base game.  I'll be taking this opportunity to dive into a Civilization VI session and see how the changes affect the overall experience.  If you're doing the same, be sure to comment below, and we'll compare notes.