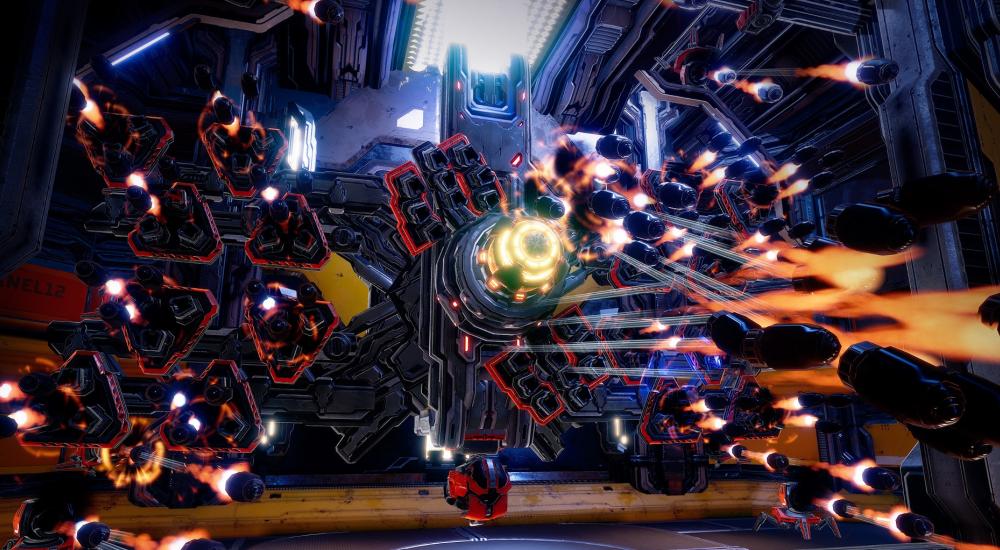 Aliens have once again invaded Earth and its up to you to kick them off our planet in Terrible Posture Games' and Grip Digital's MOTHERGUNSHIP. The catch? Your arsenal of weapons is anything but standard fare.

Rather than provide you with the old reliables of a shotgun, rocket launcher, and something that shoots green balls of plasma, MOTHERGUNSHIP says "why not make your own weapon to take down the alien menace?" Want a lightning shotgun welded onto a chain gun? Go ahead! How about a gun that's just 12 rocket launchers? Go nuts! The game let's players design and use weapons of their making as they battle through the aliens and try to make their way to the titular MOTHERGUNSHIP that's at the heart of the invasion.

Outside of the gun-crafting, MOTHERGUNSHIP's gameplay appears to be similar to Terrible Posture Games' previous outing, Tower of Guns; in other words a fast-paced, run-based, FPS "rogue-lite." As you shoot down aliens and progress through levels, you'll earn some in-game currency that can be used to unlock new weapon components that will let you make even wilder designs. It'll be important, though, to balance damage output with ammo consumption as you definitely don't want to go in gun blazing only for your clip to run dry after defeating only a few foes. Fortunately, you don't have to go it alone. Two player co-op will be supported on the PC and, eventually, for the PlayStation 4 and Xbox One versions, too.

MOTHERGUNSHIP will be released digitally on July 17, 2018 for PC (via Steam), PlayStation 4, and Xbox One. Two player online co-op will be supported in the PC version at launch, but not the PlayStation 4 or Xbox One versions. Co-op will be added to those versions sometime later (the developer is shooting for August) via an update.

A single-player only demo of the game is available on Steam that offers some limited crafting and a few levels to play if you want to check it out in advance of its release.