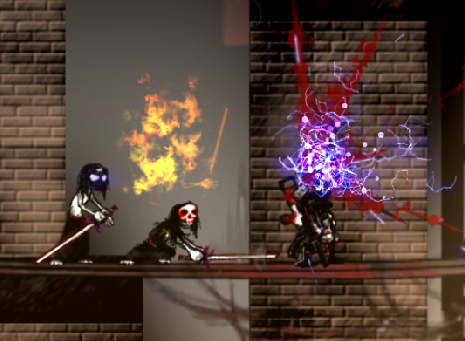 To reign in April properly, we're welcoming The Dishwasher: Dead Samurai to the Xbox Live Arcade! The Dishwasher is a visually fascinating 2-D action platforming game exclusive to the XBLA, featuring 2 player co-op both online, and off. This game also has a bizarre side-feature. One that utilizes the Xbox 360 guitar that many of us already own, to unleash some wicked moves simply by rocking out on guitar. Who doesn't want to 'shred' some zombies, cyborgs, and robots with their buddies?

The Dishwasher: Dead Samurai is now available on Xbox Live for 800 points.