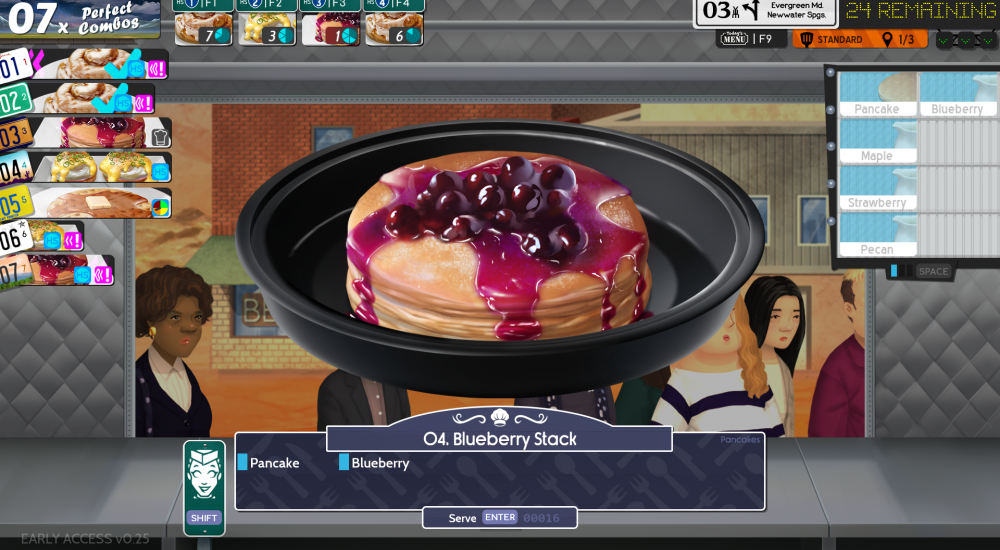 Vertigo Gaming's Cook, Serve, Delicious series welcomes a new entry today: Cook, Serve, Delicious! 3?! Similar to the past two games, you'll be in charge of cooking hitting a series of buttons to prepare, cook, and serve food to patrons, but this time you'll be doing it all in a food truck as you go from location-to-location driving through a war-torn America in the distant year of 2042... Yeah, maybe a bit too real these days?

In all fairness to the game's developer, David Galindo, I'm sure the premise seemed a bit more far-fetched when development on the game actually started sometime before the hell of a year that has been 2020.

Similar to Cook, Serve, Delicious! 2?!, CSD 3 will support two player couch co-op so you and a friend can work together to whip up some tasty meals for folks. On the PC, this means one player on keyboard and another using a controller, and on the consoles, both players using controllers. If you're playing the game on Steam, then Remote Play Together is supported so you can play with a friend online.

Cook, Serve, Delicious! 3?! is available on PC, PlayStation 4, Nintendo Switch, and Xbox One for $19.99. Two player couch co-op is supported.