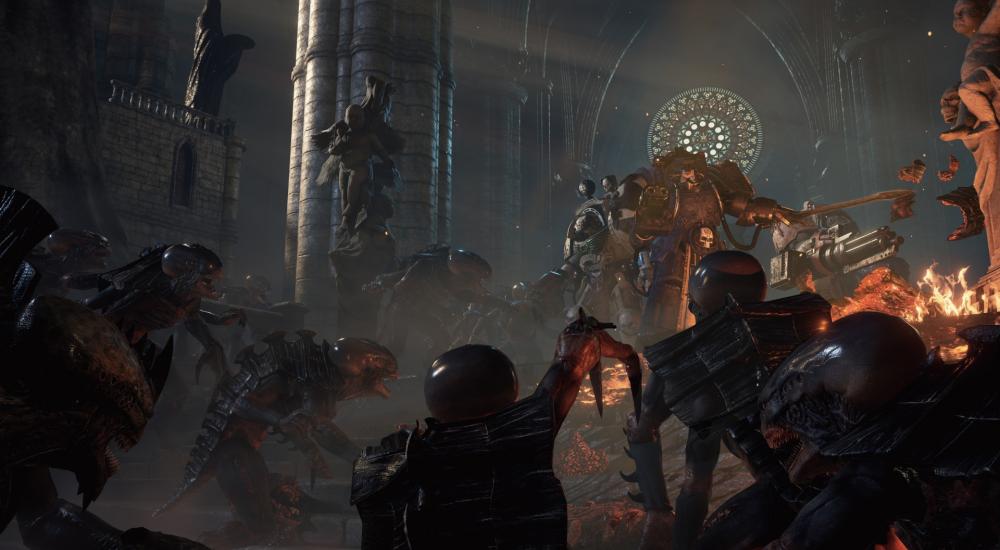 It's been a year almost to the day since we last checked out Space Hulk: Deathwing. At that time, the game had received just a few of the updates that would eventually be bundled together in the "Enhanced Edition." That version was released this past May for PC and PlayStation 4 so we decided to hop back in and see how things were looking these days in the grim dark future (aka 2019).

If you remember looking at/checking out Space Hulk: Deathwing back in 2016 when it was first release on PC, here's a quick recap of the big changes/updates to this version:

All of those enhancements really do make the co-op portion of the game feel like a whole new affair. There's something you can sink your teeth into now. It's not quite at Vermintide 2 levels, but it's close. I really hope there's a sequel to this game and that Streum On is able to improve upon the (now) solid framework established with this Enhanced Edition.

Space Hulk: Deathwing - Enhanced Edition is available on PC via Steam and the PlayStation 4. Four player online co-op is supported in the "Special Missions" (Multiplayer) Mode. If you previously acquired Space Hulk: Deathwing on the PC, then you should have the Enhanced Edition automatically in your Steam Library for free as a separate entry/install.