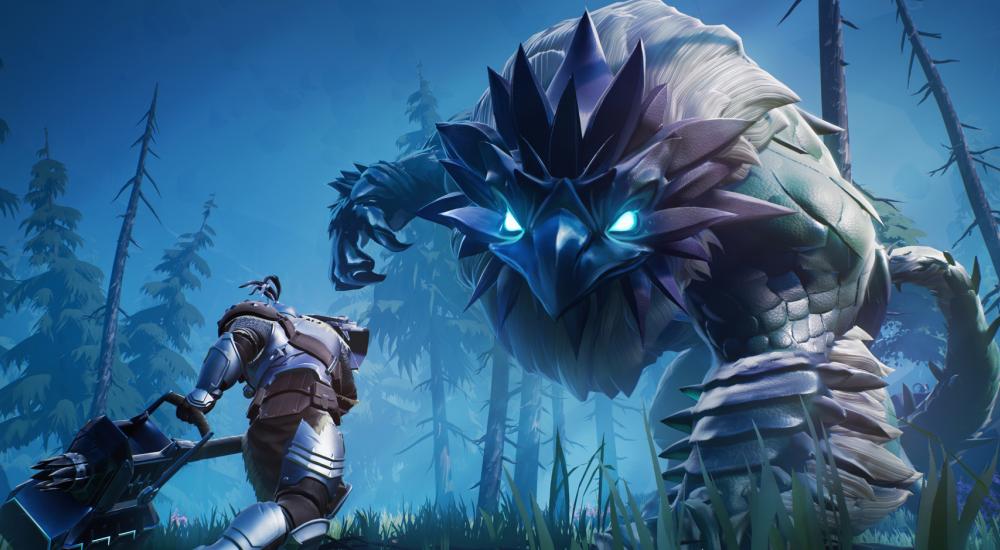 Phoenix Labs' Behemoth-hunting, co-op action-RPG, Dauntless, has been going pretty strong since it hit "open beta" status back in May. Per the developer, the title has surpassed the "two million player milestone." To celebrate and recognize the dedication of its players, there's a free expansion that's getting rolled out over the course of the next few weeks and will add a new Behemoth to hunt, new quests to pursue, and a new weapon to master.

"The Coming Storm" update will be available to download at some point today and it is absolutely free to everyone, whether you've been playing for months or just checking it out now. While Phoenix Labs hasn't detailed what's getting released when, it sounds like you can at least expect to see the new Behemoth, Koshai, starting today. Here's what the studio had to say in the official press release:

The Coming Storm begins when an Ostian Dreadnought is assaulted forcing them to take refuge in Ramsgate. An ominous aetherstorm looms on the horizon and a challenging new Behemoth, Koshai, emerges from the shadows to herald the storm’s arrival. Bearing the title The Sovereign of Thorns, Koshai is a vicious beast that can tear apart the strongest armor with its powerful thorns and vines and is sure to be one of the most fearsome opponents Slayers have faced yet.

Koshai brings a distinct and deadly change to the Shattered Isles, causing the other Behemoths to evolve and change beyond their usual behavior and form. Slayers can expect a new spin on classic encounters, challenging even their most skilled tactics. To help combat Koshai, Slayers now have access to an assortment of craftable grenades that offer ranged attacks with dramatic effects.

Dauntless is available for free via the official website. Four player online or LAN co-op is supported across a variety of missions and free-roam hunts.