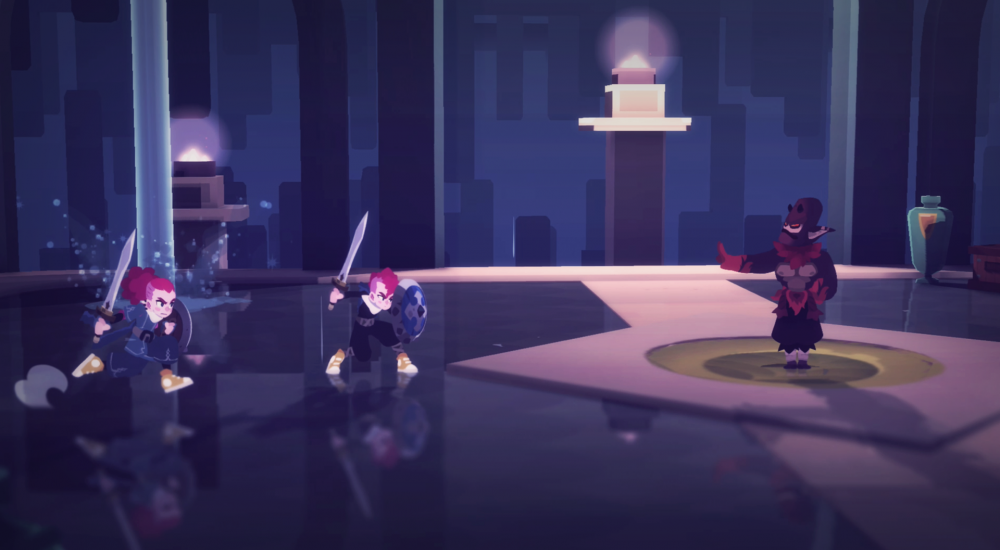 We heard there was a new brawler/RPG co-op game in the works called Young Souls, but outside of a vague description and a few concept shots, we didn't know too much about what to expect. While we're still a little shy on all the details, developers The Arcade Crew and 1P2P Studios dropped an official announcement trailer recently that has some interesting tidbits in it.

Before getting into what you can see in the trailer below, just want to give a quick shout out to the art style here. From the environments to the motion of protagonists Tristan and Jenn and the enemies, Young Souls has a great look. Hopefully the gameplay matches! Speaking of, while there are a lot of jump cuts and scant seconds spent with anything meaningful, there are a few things we noticed.

For now, still no word on what platforms Young Souls will be coming to, or when, exactly, it will be doing that. We've listed it as a PC title, and will update that when we hear more.