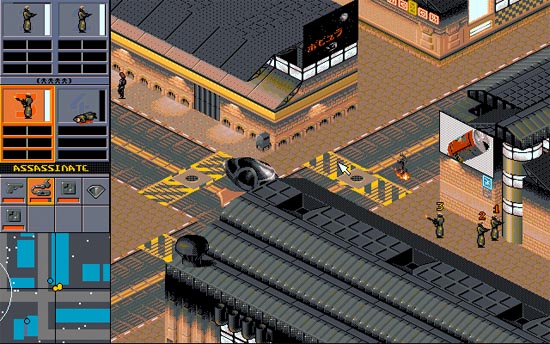 I normally don't do stories like this, but when I saw that Starbreeze Studios, makers of The Chronicles of Riddick: Escape from Butcher Bay, were working on a brand new Syndicate title for EA I knew I had to be called to action.

The original Syndicate was developed by Peter Molyneux and Bullfrog Entertainment (RIP).  The PC original had players controlling a militant corporation set out to complete missions for money.  Players would load up a team of four cyborgs to assassinate, retrieve, and blow up in various mission scenarios.  Everything is set in a gritty cyberpunk universe and just oozes atmosphere.  The game still sits on my top ten list of all time greatest games.

Only one Syndicate game actually had a co-op mode, and that was Sega Genesis port of the PC original, it supported two player co-op.  I have high hopes that Starbreeze can find it in their hearts to include a four player co-op option with the series renewal.  If not...well I just might have to give the corporation a call.

Thanks to Colony of Gamers for pointing this out.