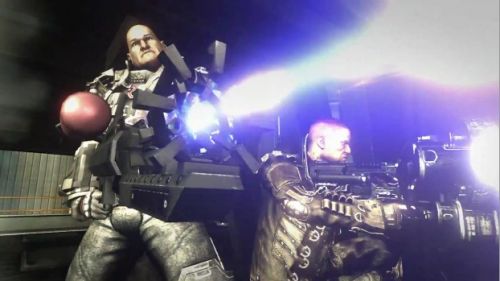 Due to the holiday game crush, I somehow missed anything and everything on Syndicate.  I recently managed to catch up on some of the co-op videos, including an 8 minute run featuring four player online co-op.  It's a shooter that looks a little like Brink, which could be good or bad, depending upon your point of view.  This latest trailer showcases some of the weapons that will be available to the player.  "Ooh" and "Ahh" as the sexy computer voice talks about the "19 weapons, 87 attachments, and 25 upgrades."  Be sure to check out the "Super Weapons."  Every game needs super weapons!

Syndicate will be out on February 21st for the Xbox 360, PlayStation 3, and PC.  It supports four player online co-op.