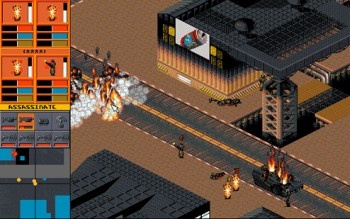 It's been well over a year since we reported on rumors that Starbreeze and EA were working on a new game in the Syndicate series.  Sadly we still don't have anything official to announce yet, but recent trademark and copyright filings by EA might just hint that we are getting closer to seeing a rebirth of the series built by Peter Molyneux's Bullfrog studio back in the day.

The trademark filings seem to relate to a new game, an online component, and a portable or handheld version of the game.  Obviously seeing that some sort of online play is planned tingles our co-op senses a bit.

The original Syndicate was released on PC in 1993 with several ports, including a two player co-op Sega Genesis version.