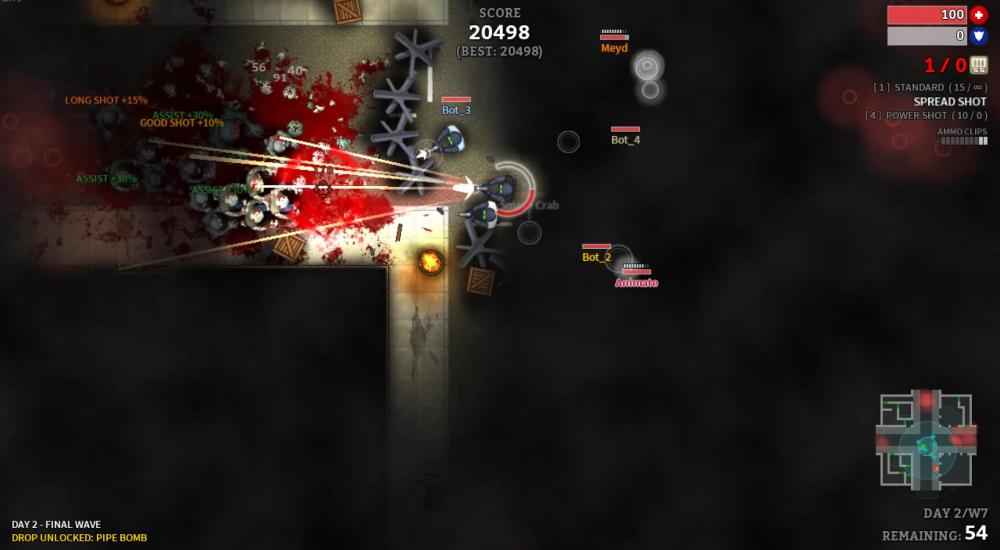 Final Days kicked of last week's Monday Night Stream, with Nick and Jason diving head first into the twin stick shooter. The game itself is pretty basic - drop in with you and some friends against a set number of mutant enemies. Clear the enemies, move on to the next stage.

There are two things that make Final Days feel different than most twin stick shooters. The most obvious is the aiming mechanic, which when using a controller has this weird lock on feature that makes it feel less like an arcadey twin stick, and more like a float reticule you need to manage with an analog stick. It's clearly designed to work with mouse and keyboard first and controller second.

The second odd feature is the field of view of the character, or the fog of war. A small cone is extended out to only show enemies in this limited area. It's a hard cut off, so it makes things a bit distracting.

Check out our recap of the game below, and why we feel the game's first locked mode is where things actually start to shine and come together. The game supports all manner of co-op with four player couch, combo, and 16 player online. It's out on Steam now.