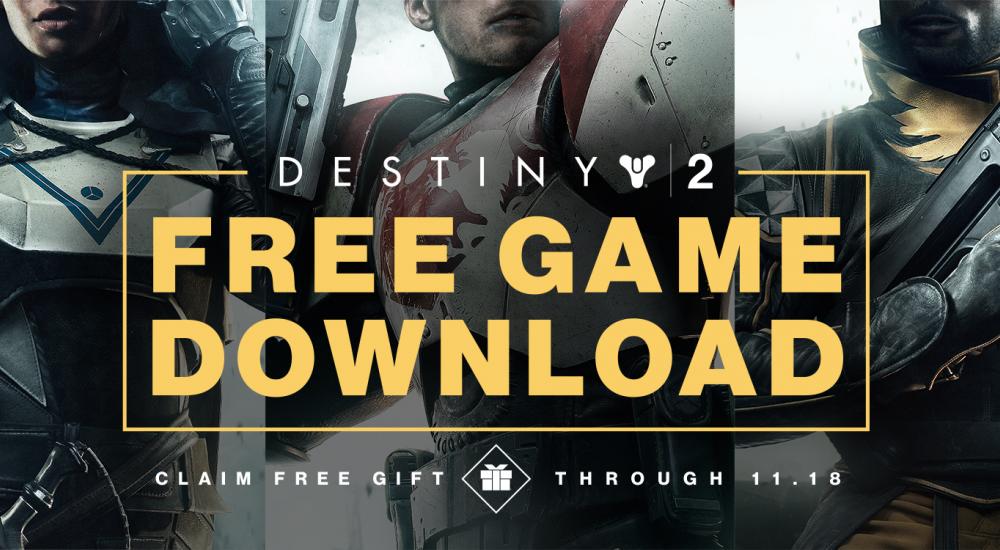 As part of Blizzard's (and Activision's) BlizzCon celebration, the company has announced that Destiny 2 will be free on PC for a limited time. You'll need to redeem your code for the game by November 18th, after that, it'll go back to normal price. Existing players will receive an exclusive emblem not available anywhere else.

Destiny 2 will be available on the Battle.net app to claim for free for a little more than two weeks in November, and players will have the opportunity to download the game once they’ve claimed it. New Battle.net accounts created after 11:00 a.m. PDT on November 2, 2018, will be required to enable Blizzard SMS Protect before claiming their game license. Destiny 2 is redeemable from https://account.blizzard.com/gifts/.

Additionally, the PvPvE mode Gambit, which is only part of The Forsaken expansion pack, is free for all users November 9th through the 11th. The Forsaken (and other previous expansions) are not included as part of the free deal.