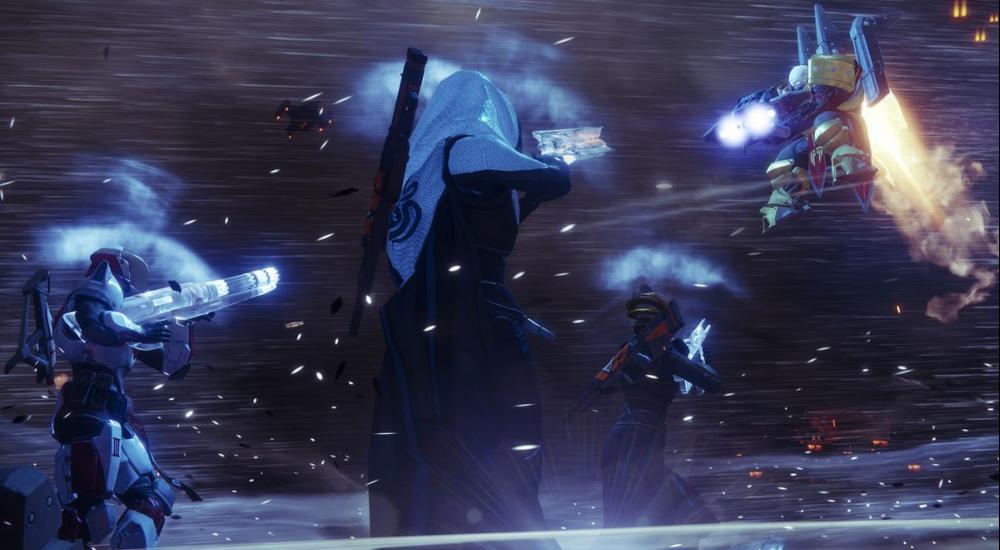 It's been out for a month on the PlayStation 4 and Xbox One, and just this week, Bungie's first-person loot shooter, Destiny 2, made its way onto the PC. Locke, Mike, and Jason decided to take it for a spin and share their thoughts on the game overall, as well as this specific version.

We get into a bit about 35 minutes or so into the video, but one of the most notable aspects of this game over the original is how there are a few "one step forward, two steps back" kinds of things. For instance, the story/lore is way better and (actually) sensical, but the fact that they kind of force you through most or all of it before you can play specific aspects of the game (like the strikes), is really odd. Initially, I thought the Strikes might serve as more of a mini/starter-type raids while also providing story. They sort of filled the latter role in the first game. Here, though, they don't really do either as they are strictly limited to the Strike Playlist, the story beats are tangential at best, and with a couple of small exception, don't really show off the potential of what Destiny 2 delivers in its Raid. In their streamlining/focus on bringing about some quality of life improvements, something was lost along the way.

Also, they've done some weird things with some of the spoken lines in the PC version. On the consoles, when you encounter the Hive for the first time on Titan, your Ghost remarks (paraphrasing here) "we should ask Eris about this;" Eris being a character that was a major part of a couple of pieces of DLC for Destiny. That same line is changed to "we should ask Ikora [one of the main Vanguard characters] about this" for the PC. It's a small change and one that anyone new to the game likely wouldn't pick up on, but it's really odd to make such a change when, presumably, Eris will be coming back at some point.

You can hear all of our thoughts in the video recap below.

Destiny 2 is available now for PC, Xbox One, and PlayStation 4.