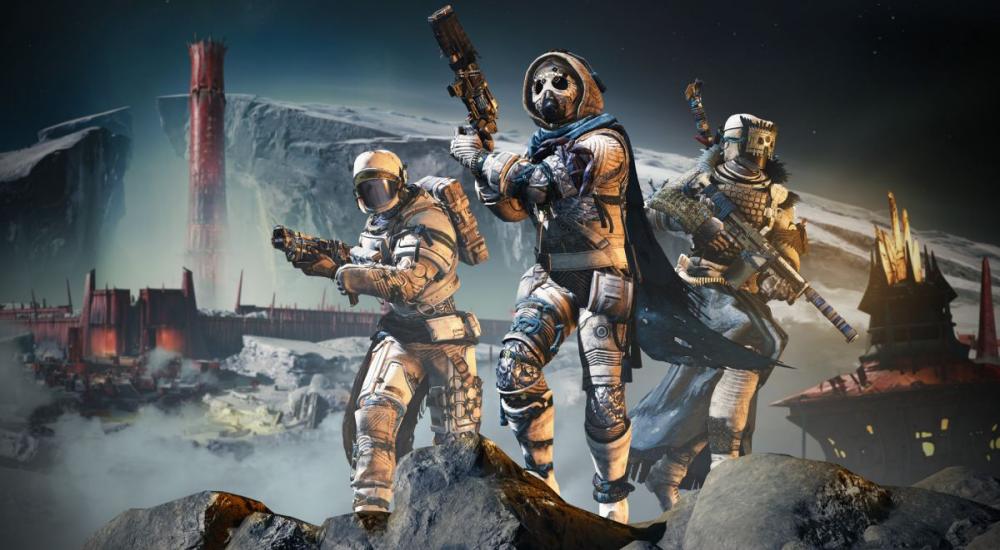 Earlier this summer, with the reveal of the next Destiny 2 expansion, Shadowkeep, Bungie announced that their first-person shooter/action-RPG would be getting Cross Save support across all platforms (PC, PlayStation 4, and Xbox One). This functionality would allow players to use the same characters, same gear, and same progress across multiple platforms with just a few exceptions. In last week's "This Week at Bungie" post, the developer released some more details on what all this entails, and that it'll go live tomorrow, August 21.

The other key bit of news here is that the Steam/Blizzard account linking for PC players starts today. After Bungie split from Activision earlier this year, everyone was curious whether the game would stay with the Battle.Net launcher, which is Blizzard's launcher and Blizzard is a subsidiary of Activision. When the Shadowkeep expansion was revealed, Bungie also announced that Destiny 2 would be moving to Steam on the PC and there would be account migration so existing PC players would not lose any progress, including any Silver purchases they have made and expansions/annual passes purchased via Battle.Net. This process goes live today and (here's the key bit) must be done before PC players can enable Cross Save on their account. Details on what to do can be found here but keep in mind that you'll still be playing Destiny 2 on Battle.Net until the game officially goes live on Steam on October 1.

As for the Cross Save functionality, Bungie has provided some more information about how all this works on the official page, but the basic breakdown is that if you've been playing the game on multiple platforms, you'll have to choose one of those as your "Active Account." That account, and all characters associated with it, will then be accessible on any platform where you can play Destiny 2 (PlayStation 4, Google Stadia, Xbox One, Steam). Characters on other accounts you don't choose are not deleted, but you can't access them unless you disable Cross Save, which has a 90 day waiting period until you can enable again and then you'll be forced to make a new decision about which account is your Active Account (with potentially more platform choices). It's worth noting that Cross Save only captures your characters and their collections of gear, including any purchases made with the premium Silver currency. That currency, however, is tied to each platform, meaning you can't buy Silver on the Xbox One and spend it on the PC. Additionally, Cross Save does not let you access expansions or annual pass content (aside from gear) on other platforms, you'll still have to buy that per platform.

As a quick example, you have a Titan and the "Forsaken" expansion and its Annual Pass on Xbox One. You also have a Hunter on the PC with just the Destiny 2 "Year 1" content (i.e., the base game, "Curse of Osiris" expansion, and "Warmind" expansion). When you enable Cross Save, one of those will become your Active Account; you cannot merge the two. If you choose the Xbox One as your Active Account, then you'll be able to play your Titan on the PC with all the gear they have, but you won't be able to access any of the new areas or activities (such as the Dreaming City, or the Menagerie) that have been introduced with "Forsaken" and the Annual Pass as you don't own those expansions on the PC. You'll need to buy them on the PC in order to do those things. BUT!!!! You should wait until after October 1 to do purchase any previous expansions as Bungie will make some of that stuff accessible to all players once the free-to-play version, "New Light," goes live.

Yeah, I know, it's all a little confusing right now, but I'm sure there will be more details and info as time goes on.

Good luck out there, Guardians.