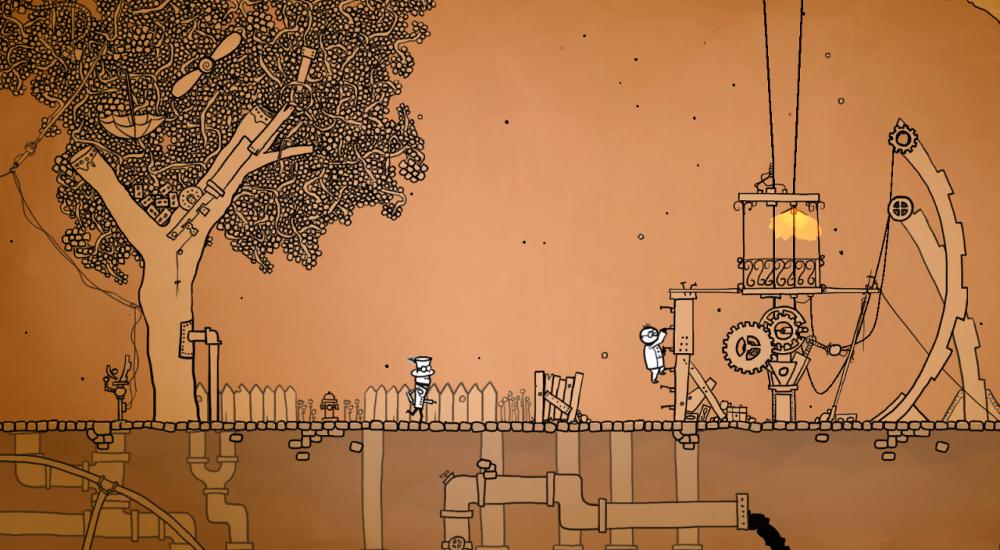 As of yesterday, It's Anecdotal's couch co-op adventure title, 39 Days to Mars, can be acquired and played on your Xbox One. The game was first launched on PC via Steam back in April last year, and it will also be making its way to the Nintendo Switch sometime this year.

The game follows the exploits of Sir Albert Wickes and The Right Honourable Clarence Baxter as they attempt to construct the first dirigible that can make it all the way to Mars! It's worth noting that the year is 1876 so these are very bold adventurers, indeed. As they pilot the HMS Fearful to the Red Planet, not everything will go as planned and it'll be up to you and your co-op buddy to work together and solve puzzles to fix issues as they arise. It's got a very charming look to it and seems like a great way to spend a weekend with your favorite co-op partner.

39 Days to Mars is available on PC and Xbox One, and will be on the Switch sometime in 2019. Two player couch co-op is supported throughout the campaign.