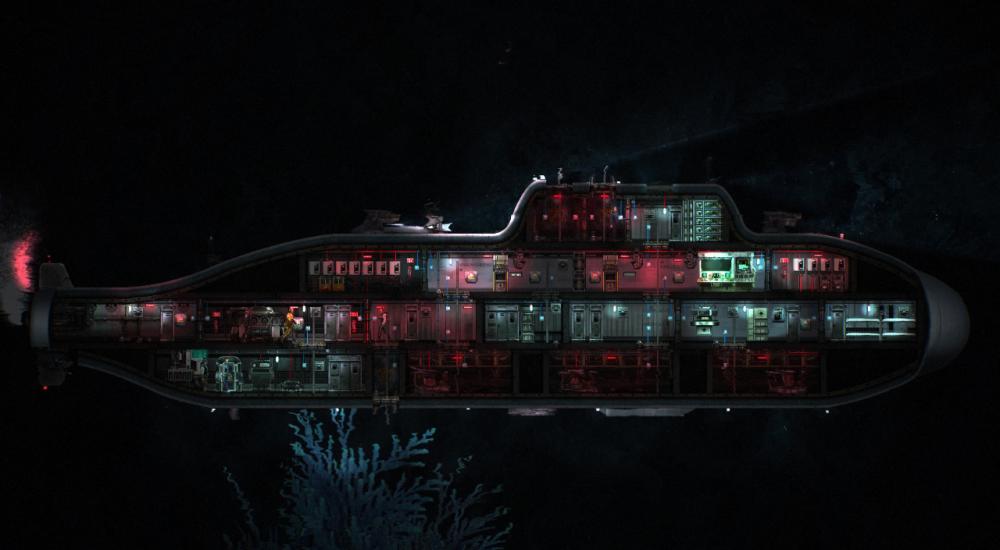 Ever since Lovers in a Dangerous Spacetime arrived four year ago, seems like we've seen an uptick in co-op games where players work together to manage/pilot a ship, which is A-OK by me! The newest entry in the cooperative ship simulator is Barotrauma, a game from Finnish developers FakeFish and Undertow where players control a submarine as it explores the watery depths of Europa.

Barotrauma's premise is that in the future (naturally), humans have fled Earth and settled on Jupiter's smallest moon as it's one of a handful of places in the Solar System that has a chance of supporting life. You and up to 15 of your friends can explore the mysterious ocean depths across three different game modes: Sandbox, Mission, and Campaign. Sandbox is just as the name implies; there's no set objective or goal, just work together to pilot a submarine and survive. Mission mode provides you with a specific submarine to control in order to complete a specific set of objectives, and Campaign lets you pick a submarine before you set out to complete as many missions as possible. Levels are all procedurally generated so you'll have a different experience each time you play.

There's also more to do than just keep your sub afloat. You can leave the confines of your metal tube and go exploring in a dive suit, there's a whole crafting system to make tools, weapons, and medicines to help you survive, and five different classes that have different specialties: submarine captain, engineer, mechanic, medic, and assistant. It looks like a pretty fun time.