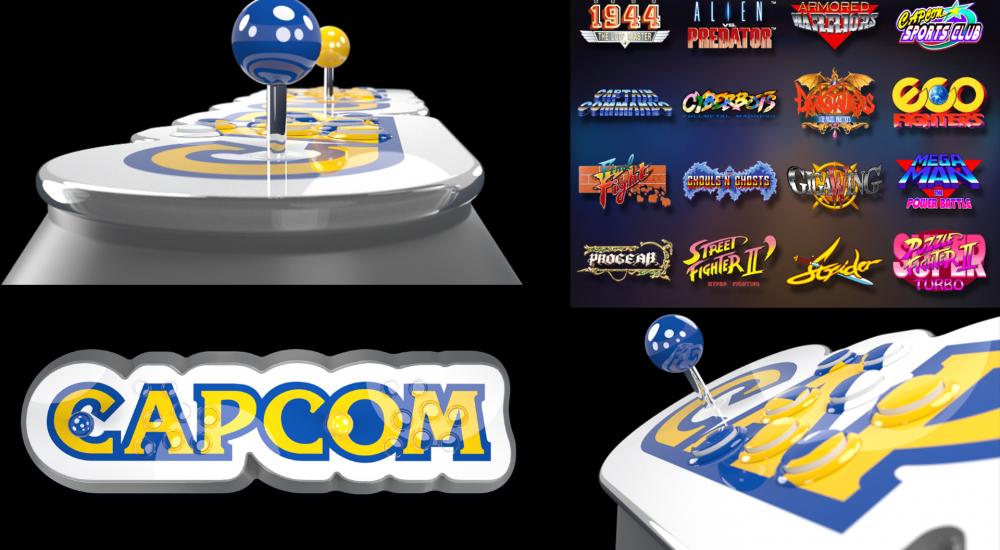 Everybody's getting into the "classic games on a little box" game these days. Nintendo has the NES Classic and SNES Classic, Sega is releasing the Genesis Mini this Fall (we're waiting for the full list of games to be revealed so we know just how many co-op titles it will have), and last week, Capcom revealed that it's getting into the retro game market, too, with its "Capcom Home Arcade" console/controller.

What you see in the composite image above is the console/controller (going counterclockwise from the top left) when viewed from the left-hand side of it, head on, from the right, and finally the list of games included on it. It comes in at a whopping 22 cm (8.7") by 74 cm (29"), so it's not exactly "mini." Then again, it also includes two "competition class Sanwa JLF-TP-8YT sticks with 8-way GT-Y directional gates" and eight OBSF buttons per side, so you need a little space for all that. The 16 arcade games pre-loaded into it are (all co-op titles are listed in bold):

It's worth noting that all co-op titles are limited to two players only, even if the original arcade versions supported more.

It's also worth noting that this thing comes with a hefty $260 price tag, it is currently only listed through Amazon UK and the UK Capcom Store, and it uses an open-source emulator, FB Alpha, which is causing some commotion in the emulation community as it is explicitly a "non-commercial use" software. It's not clear if any of that is causing problems with the controller/console making its way into other territories or retail outlets. I suppose time will tell, though it does have a listed release date of October 25, 2019 for now.