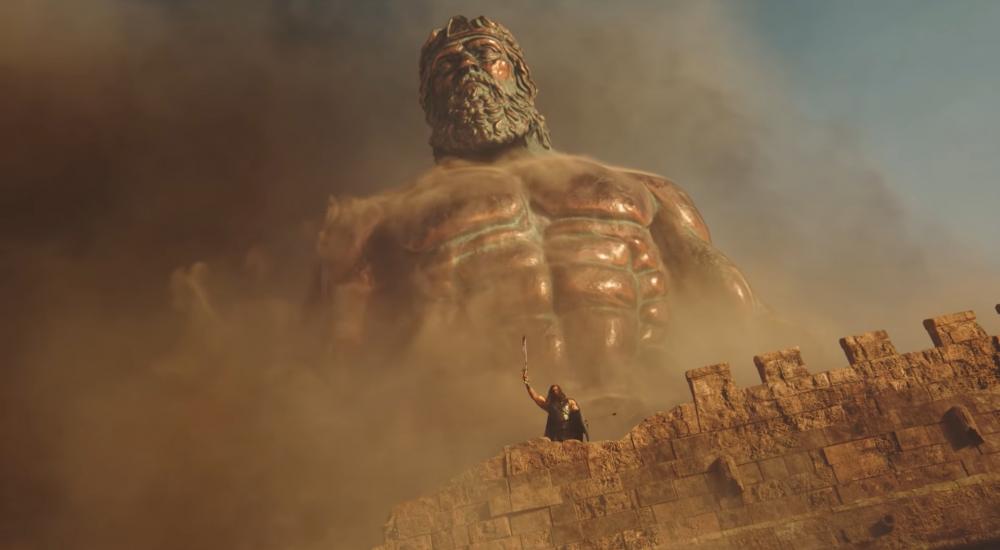 There's only a week until Conan Unconquered is released on PC, and I'm already starting to feel the effects.  The yard around my office has become more wretched and desolate, neighborhood dogs have taken to snarling at me, and someone's been replacing all my clothing with loincloths.

Luckily, I won't be journeying into this barbaric world alone, as Conan Unconquered's two player online co-op will let me drag a friend along for the ride.  In a recent multiplayer-focused video, the folks over at Petroglyph spoke briefly on what exactly the game's co-op entails, as well as the reasoning behind some of their decisions.

Conan Unconquered is a survival RTS, meaning you and a friend will be directing hordes of troops in real time as you scramble to defend your poor, innocent village.  As detailed in the above video, the game's co-op mode will be substantially more difficult than the solo experience to account for the extra help.  However, playing with a buddy won't simply double the enemy units, but rather, it will mean the oncoming barbarian waves will feature more complex combinations of enemy types.  Sounds like a fun time, assuming it's done right.

Get your thinking cloth ready, as the game will be out on PC on May 30th.