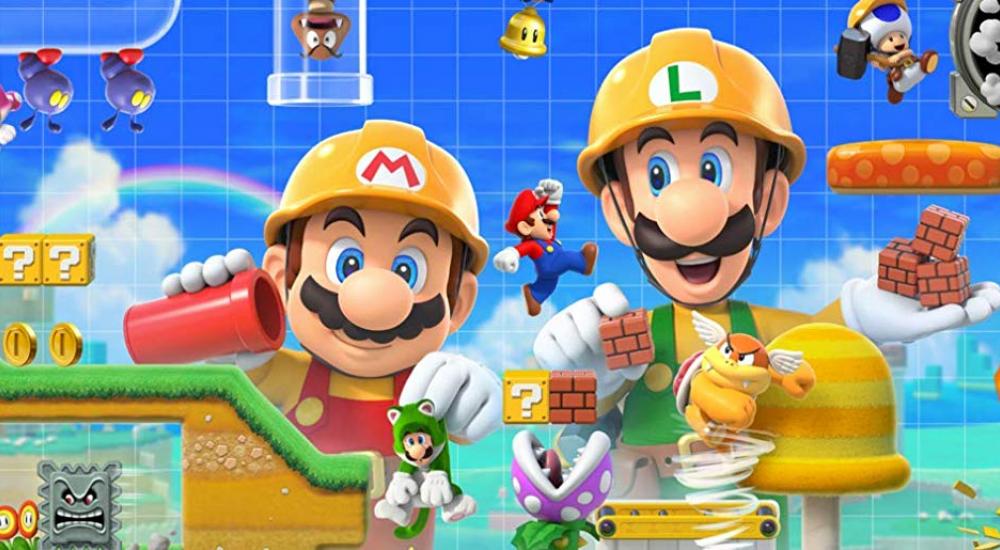 During yesterday's short Nintendo Direct, the developer/publisher pulled back the curtain on the forthcoming Super Mario Maker 2 and revealed that not only are there some new creation options for everyone to enjoy, but that the game will also support co-op play! Hooray!

Ever since the game was first announced during February's Nintendo Direct and we saw that title screen with Mario and Luigi on it, we've been hoping that there would be some form of co-op in it. Yesterday's Direct officially revealed that not only will Super Mario Maker 2 support couch co-op, but online co-op and local WLAN co-op, too! That's the good news. The less good news is that the couch co-op is relegated solely to one mode (building/creating) while the online/WLAN co-op is used in another. Here's how it breaks down:

There are a number of other new features in this sequel compared to the original Wii U title, such as the terrifying "Angry Sun" from Super Mario Bros 3, the ability to choose how a level auto-scrolls, and more. There's a handy "what's new" section in the video above that goes through everything that's been added if you were a fan of the first. If you (like me) never played the first, well, then, it's all new!

Super Mario Maker 2 will be released on June 28, 2019. If you're interested in picking up the game and would like to support Co-Optimus, you can head over to Amazon via this link and get it from there.