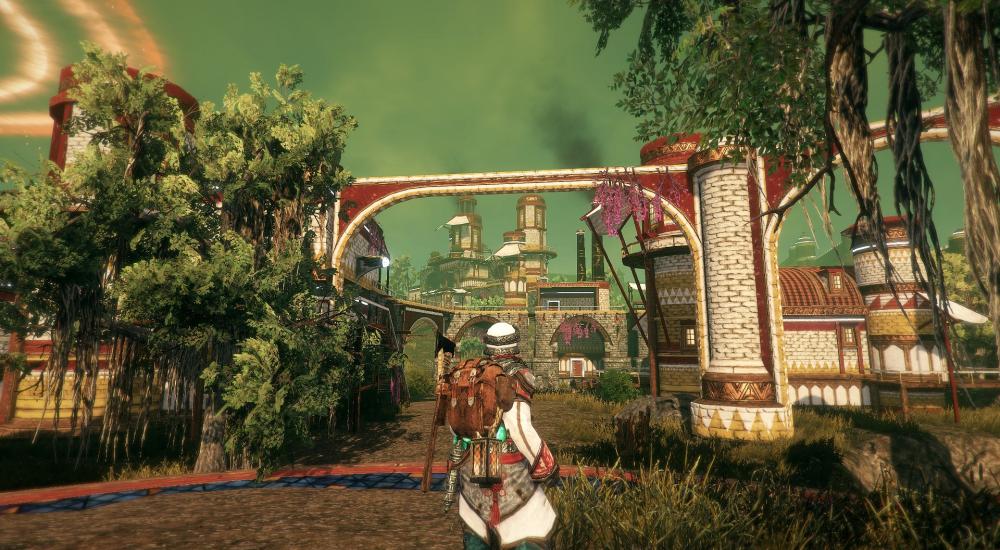 We had a chance to dip our toes into Outward, an open-world survival RPG from the Canadian developer Nine Dots Studio. It is an impressive feat from a small team who has created a charming and atmospheric game that feels wildly unique.

We spent an hour in the starting area in the game, and cover merely the tip of the iceberg as this game has a bunch to offer. Beginning in an open-world and taking quests, exploring, gaining loot; the typical cycle of a role playing game. Where the game really sets itself apart is integrating survival mechanics into the gameplay flow. Before setting out on a journey you will need to prepare food, water, clothing, and supplies. Reviewing the map to determine where you'll be heading and what you'll need along the way is key to survival. Is there access to food, water, or shelter? As backspace space is limited, making tough decisions on what to bring is imperative.

The survival stuff is likely the thing that players will be most divisive on. Some people hate this sort of thing and see it as an interruption of game flow. However, I find it adds to the immersion of the game and honestly the micromanagement is pretty easy to do, and simply takes a bit of thinking and preparation.

Much of the gameplay is made up of combat, and in the early levels it is quite difficult (as you will see in the video, Mike and I have a tough time with some low level bandits). The combat is deliberate and even though it has been compared to Dark Souls, I feel it is a bit clunky and an unfair comparison. It isn't as polished, but it isn't the selling feature of the game so I'm okay with it. You have to pick and choose your fights carefully; think of survival first and combat as secondary.

The systems in place are impressive as different groups of enemies will attack each other in the middle of combat, giving you a chance to escape or land a cheeky backstab. The magic system I haven't wrapped my head around since it requires a bit more time. There is a whole suite of skills to pursue and weapon types to play with, allowing for some unique choices with character development.

The other interesting system worth highlighting is the death encounters. There is no death state in Outward, rather you will be sent off to complete a specific objective. In the video Mike and I were captured by some bandits after they defeated us in combat. Stripped of our possessions, we struggled to escape and had to fight our way out of the camp.

Outward is available on PC, PlayStation 4, and Xbox One. Two player online co-op or two player couch co-op is supported throughout the campaign. You can read our Co-Op Review for a different take and thoughts on the game here.