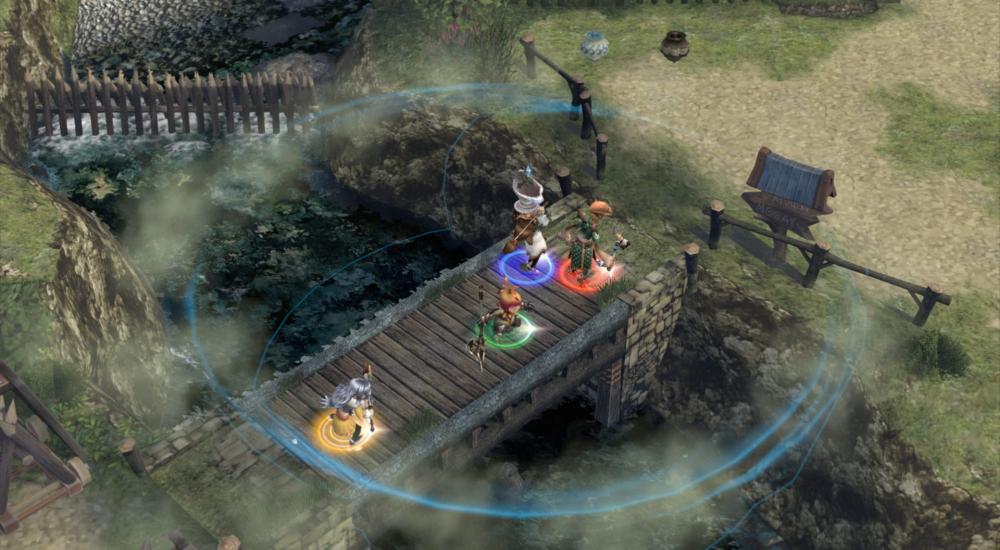 The title was originally revealed during last year's TGS for the PS4 and Switch, but it wasn't known when it would be coming out. At the Square-Enix E3 press conference on Monday, they revealed the tentative release date (Winter 2020) and two new platforms: Android and iOS. If you didn't play the original, it was a pretty fun action-RPG where you set out from a central town to gather a valuable resource (myrrh) from various dungeons.

Rather than using the traditional experience/leveling mechanic from the Final Fantasy series, you'd choose a race (each with different strengths/weaknesses) and a profession, which would open up certain additional bonuses. You'd then go out and hack-and-slash your way through the dungeons where you'd be able to fuse different spells together with your teammates to create new effects. If you completed certain challenges in the dungeons, then your stats would increase and earn a skill point to further specialize things. It was a different kind of system and while there are plenty of bad memories about being on "bucket duty" (players had to remain within a certain area around a bucket in order to not take damage), it was a lot of fun in co-op.

Final Fantasy Crystal Chronicles Remastered Edition will be out later this year on PlayStation 4, Nintendo Switch, Android, and iOS. Four player online co-op in the campaign.

UPDATE: Previous material we received concerning this game indicated there would be couch co-op, however, there has been no confirmation of this feature from Square Enix. We've updated this story and our database page to reflect this as an online co-op only game for now.