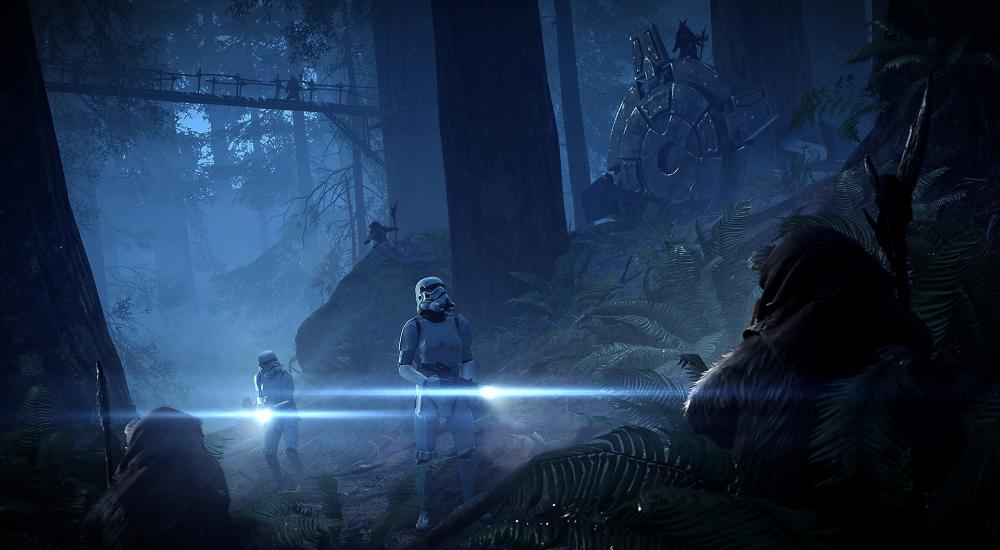 A couple weeks ago, EA and DICE dropped a "look ahead" post on the community forums for Star Wars: Battlefront II (2017) that laid out what's in store for the multiplayer shooter for the next few months of the year. The one feature that caught our attention was this: a new 4 player online PvE co-op mode. Rejoice, co-op fans!

The new mode pits you and up to three players against a horde of A.I. controlled bots as you attempt to first capture (and then defend) five Command Posts. Capturing a Command Post summons reinforcements and once one side has enough, a transport arrives to take the party into space. You'll then have to fight your way through the opposing side's capital ship and take out critical systems. If you take them all out, you win. If you don't, your progress is kept for the next assault, but the fight shifts back to the planet's surface and the opposing team is given control over a majority of the Command Posts leading to a quick retaliation on your own ship.

This is a PvE version of the "Capital Supremacy" mode that was added to the game earlier this year. Right now, that mode is limited to just the "Clone Wars" maps (Geonosis: Trippa Hive, Kamino: Cloning Facility, Naboo: Theed, Kashyyyk: Kachirho Beach, and the new Feluchia map that's being added sometime this year), which means you'll be limited to choosing to play as either the clone troopers of the Galactic Republic, or the droids of the Separatist Alliance. However, both you and the A.I. will have full access to all features of this battle, including vehicles and heroes.

No word on when this new co-op mode will arrive, but it should be sometime next month.

Star Wars: Battlefront II (2017) is available on PC, Xbox One, and PlayStation 4. At the moment, it only has two player couch co-op in the "Arcade" mode. Once this update arrives, it'll also support four player online co-op for the new PvE co-op mode. The PC version is on sale for $5 via Origin.