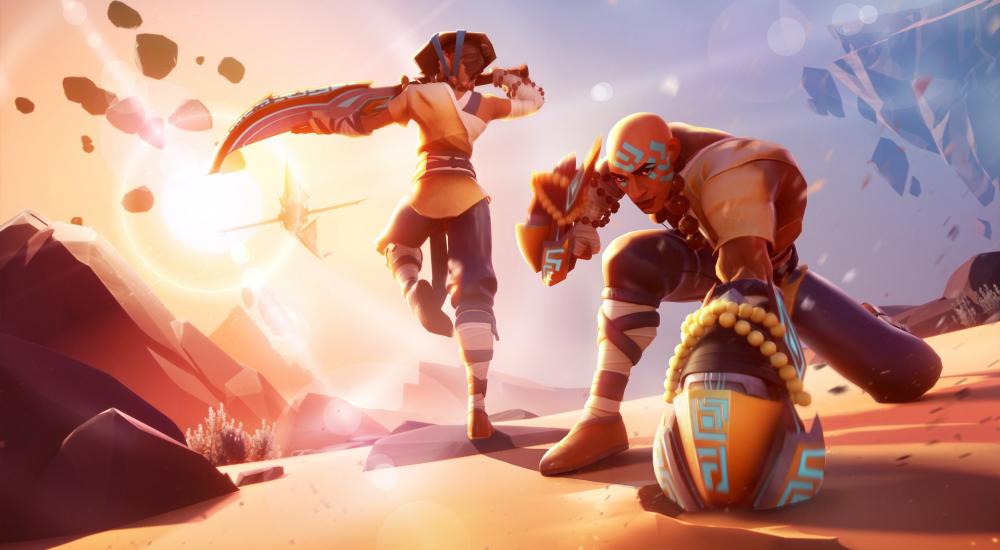 Dauntless, Phoenix Labs' free-to-play, Behemoth hunting action-RPG, is "Early Access" no more and rolls over to version 1.0 today. The title has seen a number of improvements and updates since its first alpha back in 2017 - including cross-save/cross-platform play, new weapons, new Behemoths to hunt, UI improvements, saved loadouts, a Hunt Pass, etc. - and there's plenty more to come.

There's an interactive roadmap over on the official website that goes through what's coming with version 1.0 and a few things that will be added in the near future, but the big ticket items are a new weapon (the "aether strikers," which are fist weapons with a unique combo/mantra system), a new Behemoth (Tempestborne Stormclaw), and a new bounty system that will replace the old weekly challenges. There's also a new Hunt Pass to kick off a the "Aether Unbound" season, which means you'll earn some cosmetic and crafting material rewards for playing the game and progressing through the pass.

We've checked out the game a number of times over the past couple years, and it's absolutely fair to say that if you like the concepts of Monster Hunter, but want something that cuts out a lot of the nitty-gritty mechanics and gets you right into the action, then Dauntless may just be the game for you.