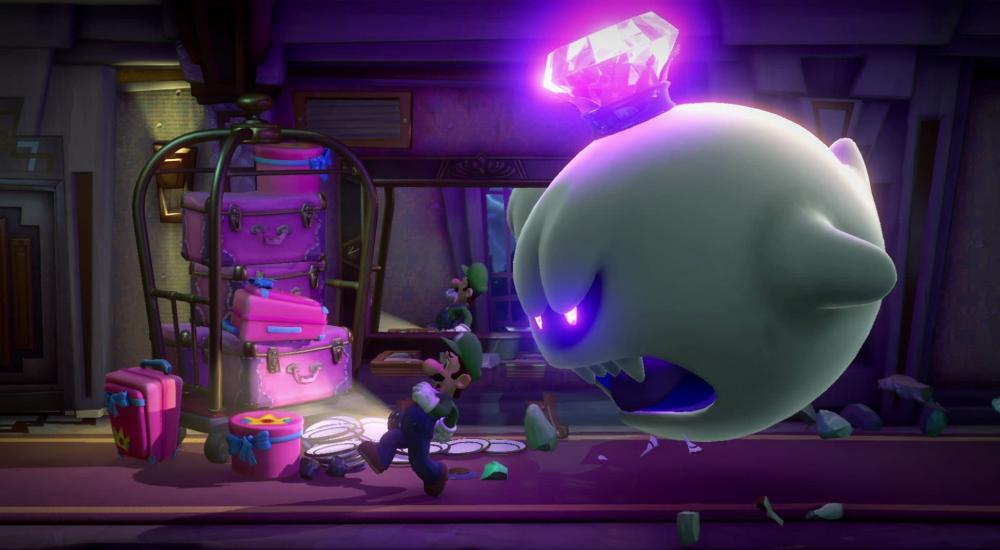 If you have been waiting for Luigi’s Mansion 3 October 31st, 2019 release date to come around, you may, like the rest of us, have been expecting Nintendo to announce any and all updates they could. However, Nintendo instead decided to keep in line with the game’s themes and be as quiet as a ghost as they placed a subtle announcement that there will be paid DLC that will add “new content” for the  ScareScraper and ScreamPark modes after launch. This announcement was placed on their website without any word via an official press release, Nintendo Direct, or even so much as a text message - talk about being “ghosted”.

While both the “ScareScraper” and “ScreamPark” content are punny (Skyscraper and Theme Park, respectively) it’s unfortunate that Nintendo did not go to further lengths to explain to the waiting community what this post-launch content would bring, especially so close to the release date. Further, the website only lists the content as a sole bullet point, stating; “Paid DLC will come to Luigi's Mansion 3 in the future, adding new content to the ScareScraper and ScreamPark multiplayer modes.” Not only do we not know what it is, we also don’t know when it is - spooky. Will you be heading into Luigi’s Mansion for a third time regardless of the announced content, or do you want to know more before you decide if you want to spend time bustin’ ghosts in the Mushroom kingdom? Let us know in the comments below!