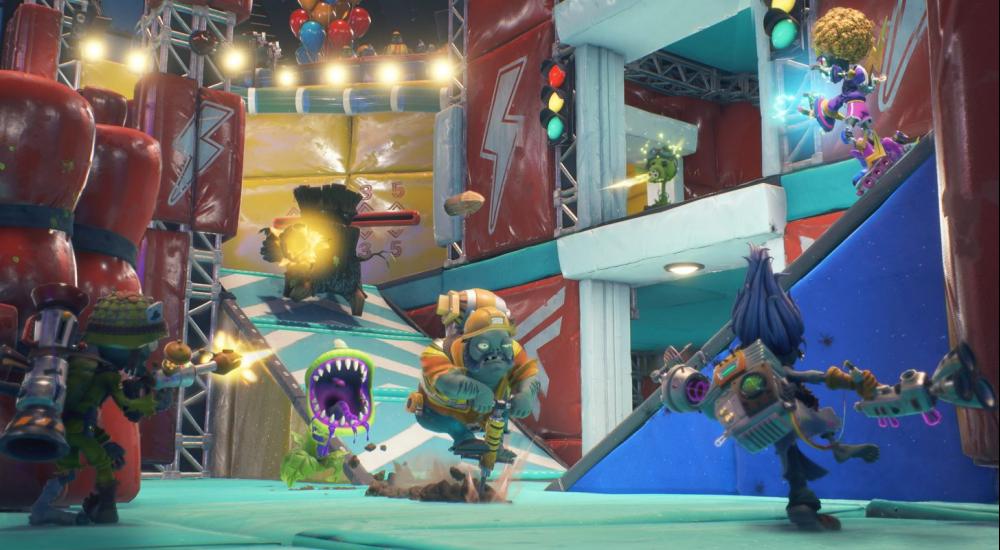 After six weeks in Early Access, Plants vs Zombies: Battle for Neighborville is now available on PC, PlayStation 4, and Xbox One. The title follows in the footsteps of the Garden Warfare games, but is now a "live" game, meaning that there will be frequent content updates, weekly/daily challenges, and more (many of which were already in Garden Warfare, they're just codified now). At launch, the title supports PvE co-op in two modes: "Free-Roam Regions," and the wave-based survival mode, "Garden/Graveyard Ops."

The "Free-Roam Regions" are similar to the Backyard Battleground area from Garden Warfare 2 where you can take on missions from certain NPCs, find hidden gnomes, and earn unique outfits/items. The "Garden/Graveyard Ops" mode returns from the original Garden Warfare, so you and some buddies can defend against waves of zombies (or plants). Each of these modes support up to four players online, or two player couch co-op on the PlayStation 4 and Xbox One (no couch co-op on PC).

It's worth noting, though, that the couch co-op appears to be having some issues, AND there is no combo co-op (i.e., two players on one console cannot join up with two other players on another console). This was a really great feature in Garden Warfare 2 and it's a shame to see them remove it for this title.

Plants vs Zombies: Battle for Neighborville is now available on PC, PlayStation 4, and Xbox One.