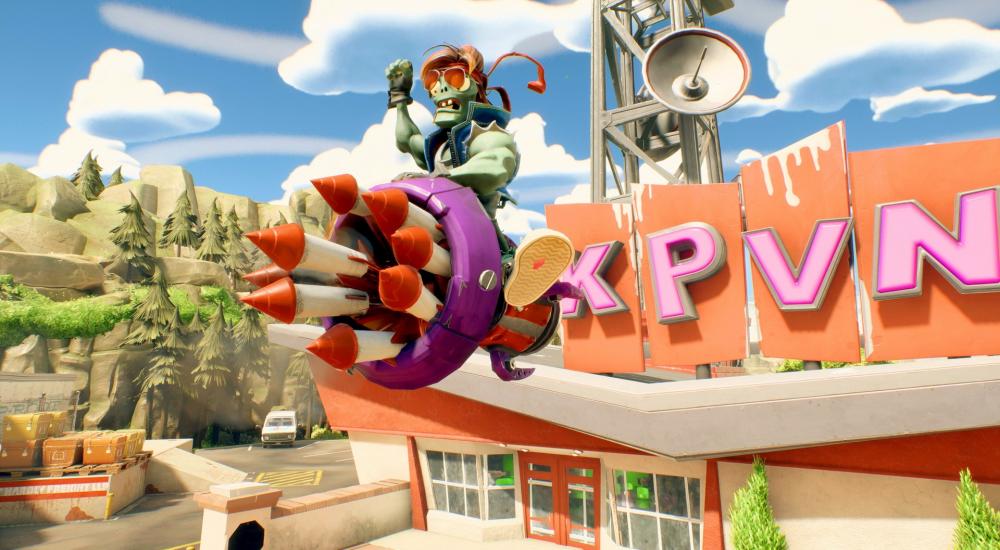 The eternal rivalry between plants and zombies will be thriving in the Nintendo ecosystem later this year.  As much as the hatred between these two has burned over the years, it's worked out quite well for them from a business standpoint.  Maybe this "conflict" is more nefarious than we thought.  Or maybe not.

Plants vs Zombies: Battle for Neighborville has offered third person action on PlayStation 4, Xbox One, and PC since late 2019, and it's now headed to Nintendo Switch on March 19th.  The Switch version, dubbed the "Complete Edition," will include all of the game's post-release expansions and cosmetic items, the latter of which can be earned without using premium currency.  It will also allow players to use the Switch's built-in motion controls for aiming, should they so choose.

Battle for Neighborville's co-op gameplay features two separate modes:  Free-Roam and Garden/Graveyard Ops.  In Free-Roam, you and your friends can explore up to three open world areas featuring quests, enemies, and hidden items.  The Garden/Graveyard Ops mode forces players to face off against hordes of either Plants or Zombies, depending on your choice of team.

Presumably, the Nintendo Switch version will allow both two player local co-op and four player online co-op, just as its predecessors do.  When it's released on March 19th, Battle for Neighborville Complete Edition will be available for $39.99.