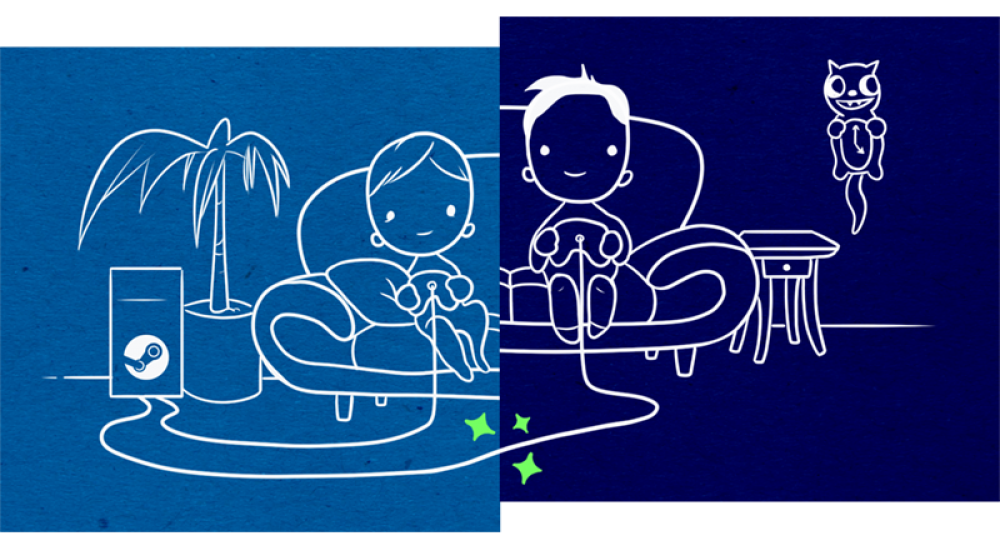 Valve has added a new feature to their Steam Client that is a great boon to all us co-op fans out there. Thanks to "Remote Play Together," you can now play couch co-op games with friends online. Best of all, only one person has to actually own the game.

This new feature was rumored earlier this month, and today Valve officially put it into a new build of the Steam Client, though it is only available via their Beta program at the moment. If you want to try this feature out, you can check out the instructions in the official posting, but it's as easy 1) join the Steam Beta, 2) launch a game, and 3) bring up your friends list, right-click on a friend, and choose "Remote Play Together." You can look through our database of games for a few ideas of couch co-op titles to try out, if you don't have something in mind already. As mentioned above, only the host needs to own the game for others to join them, and cross-play is supported across PC, Mac, and Linux if the title is available on those platforms.

Per Valve, the feature will support up to four players, and possibly more "in ideal conditions" (which isn't quantified further). As this is a Beta, there will be issues you encounter along the way, but this is pretty cool and hopefully it means people will start checking out some couch co-op only titles that were passed by previously.