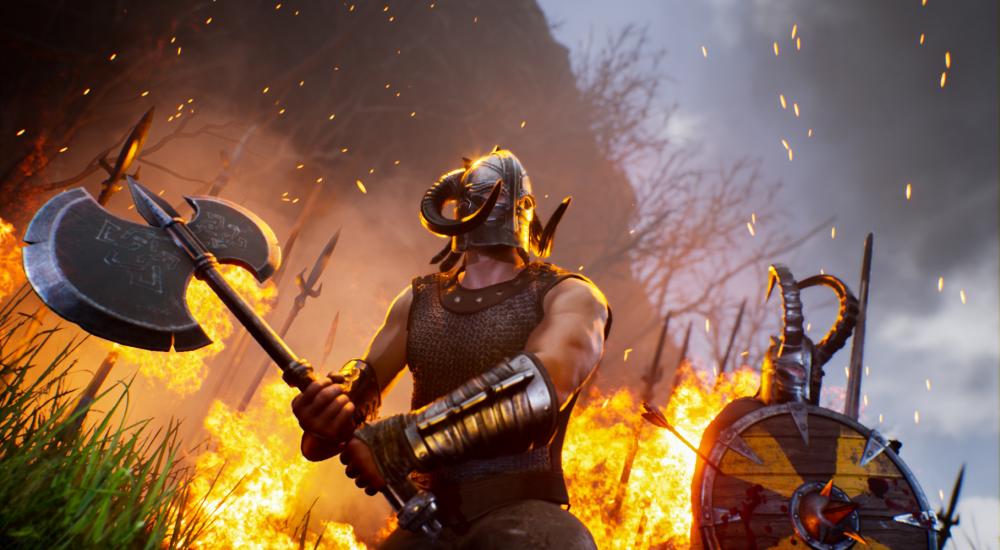 Human Head Studios' action-RPG, Rune II, launched on the Epic Games Store yesterday, so you and some buddies can create your own Scandinavian and set out to stop Loki from resetting the apocalypse. Yeah, I know, it's a bit weird. Apparently Loki decided that rather than just let the world blow up, he'd let it be really terrible for a while and then start it up again instead of letting it just end.

UPDATE: Well, it's been an interesting 24 hours for developer Human Head Studios and publisher Ragnarok Games, LLC. When we were putting together this release announcement news post, Human Head was releasing a little announcement of their own. It seems the developer has formally shuttered its doors... and then reopened them under new management and a new name. Roundhouse Studios is the new name of the Wisconsin-based developer and they are now a part of Bethesda Softworks. Not much else has been said by the company at this point. This news was surprising to a lot of folks, including Ragnarok Games, LLC, the publisher of Rune II. In their own statement, they said:

Today, developer Human Head Studios announced that they closed their doors and will be starting a new studio. This is shocking news to us, as there are several entities working on RUNE II – we found out about this news when you did. Human Head had a longstanding agreement with RUNE II’s publisher, Ragnarok Game, LLC, to provide ongoing support for the game. We are working quickly to resolve any current technical issues while we build the team that will execute the exciting planned future of RUNE II’s post-launch content strategy. We appreciate your patience and understanding while we work through any launch issues.

So, for now, it appears that the game will still be supported, albeit by a smaller team than was initially promised.

Studio closures are an unfortunate reality of the video game world, though usually there's some indication (a string of "failed" games, a long time between game releases, etc) they are coming; not the day after a new title is released. While I'm glad that it sounds like the folks at the former Human Head Studios were offered new positions within the new studio/Bethesda, breaking an agreement with a publisher isn't great and, in particular, it sounds like it'll put a lot of stress on a new team that will suddenly be responsible for maintaining the game.

I never played the original Rune so I definitely can't say I have any nostalgia for the game, but the idea of running around Midgard fighting trolls, giants, and other beasts from Norse mythology in a non-God of War setting sounds good to me!

One quick note: the game mainly runs off public, hosted servers. Private servers are available to rent or you can host your own. You can check out the official website for more details on that. Additionally, while servers can host up to 64 players at a time, and public servers will likely have a number of people on them, the developers recommend approaching the campaign with a party of 4 players, which they state in their official FAQ.

Rune II is available now on PC via the Epic Games Store, and it will be coming to Steam sometime next year.