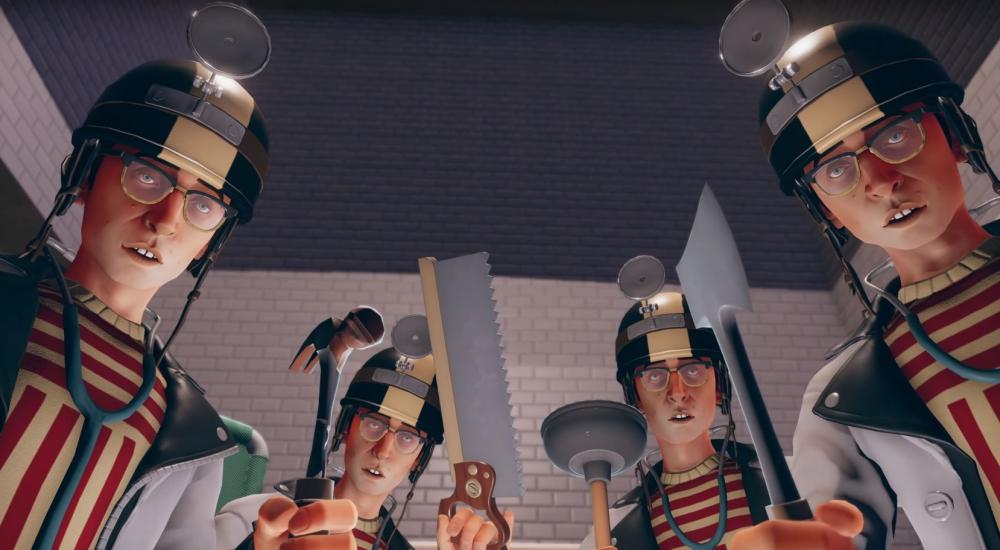 We did a "Co-Op Roundup" earlier this week of all the new co-op games that were announced/revealed during this year's Game Awards, but one slipped past us. Bossa Studios has invited us back into the world of surgery simulation with Surgeon Simulator 2, and this time, it won't be just you putting on a surgical mask and sharpening your surgical hatchet. Based on the trailer and language in the press release, four player co-op (we're assuming online) will be supported in the game.

The original Surgeon Simulator (which got two player couch co-op on Switch and PS4) rose to prominence within the video game world thanks to streaming and YouTube videos because, let's be honest, watching someone utterly botch fictional surgery with wacky physics is entertaining. With the next title, the craziness will be cranked up even more because now you can have up to four friends right there with you who inevitably will attempt to A) chop off your head with a hacksaw, B) throw that perfectly good kidney you need to transplant into the trash, C) just put all the medical equipment into the patient, or D) all of the above.

The exact details of what all the co-op will entail are sparse at this time. For now, we're assuming four player online co-op as Bossa Studios has not stated if it'll be couch, online, or what. There's also no release date slated for Surgeon Simulator 2 (sometime 2020), or if it'll be out on platforms other than PC (it's currently listed in the Epic Games Store). I'm sure we'll be getting more news once we get into the new year and the game PR machine spins up once more.