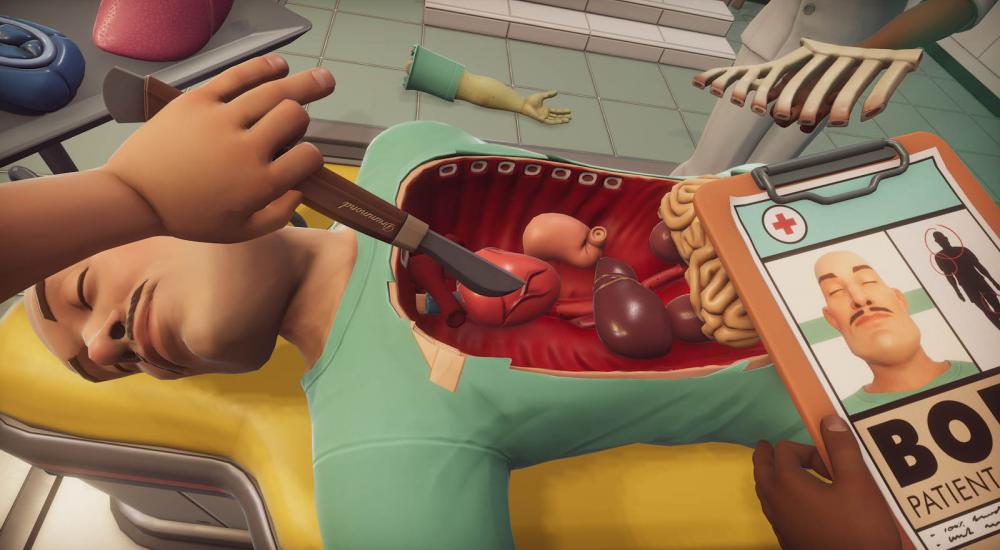 Most of the Co-Opticrew didn't partake in the first round of "surgery practice" - that is Surgeon Simulator. The original released a few years back and later added a co-op mode. The latest game in the series though seems to be built around co-op play, with four doctors and their wobbly arm set to perform surgery on a willing volunteer.

The gimmick or gameplay element here is poor controls. Utilizing your mouse you manipulate a single arm and hand to pick up, move, and remove objects from the environment with limited and frustrating success. It's often hilarious, and the results are never what you expected.

There's much more of a puzzle element to the game now, with the levels themselves requiring some forethought instead of just running in and ripping off a head. It almost has a certain Portal like quality to it.

Co-Op is definitely where Surgeon Simulator 2 shines, being able to witness this chaos as you attempt a heart transplant is incredibly entertaining. I haven't laughed this much since our stream of Spitlings.

Surgeon Simulator 2 is out now on the Epic Games store and is priced at $25.00