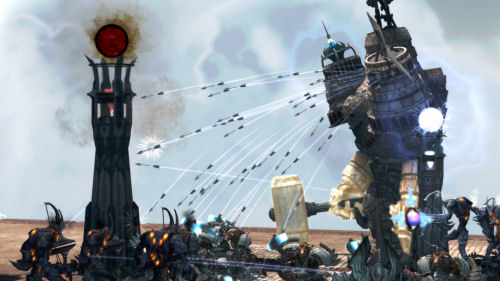 After a frowned upon breach of street date by Gamestop, Stardock.com has decided to release Demigod a day early for download to legitimate shoppers.

“While the game won’t be on the shelves at other retailers until tomorrow morning, we have elected to make the digitally distributed version available today with beta testers and pre-order customers getting it immediately (as in right now). Those who have legally purchased the game can get the 0-day update that has all the game play changes that the beta group asked for, multiplayer match-making, and LAN support.”

Co-oppers everywhere can unite over this digital download, facing epic battles side by side. After the great success of Dawn of War 2, RTS fans can rejoin in a different setting to command armies and save the Demigod Realm a day early. Patience, it would seem, doesn't need to be a virtue this time!