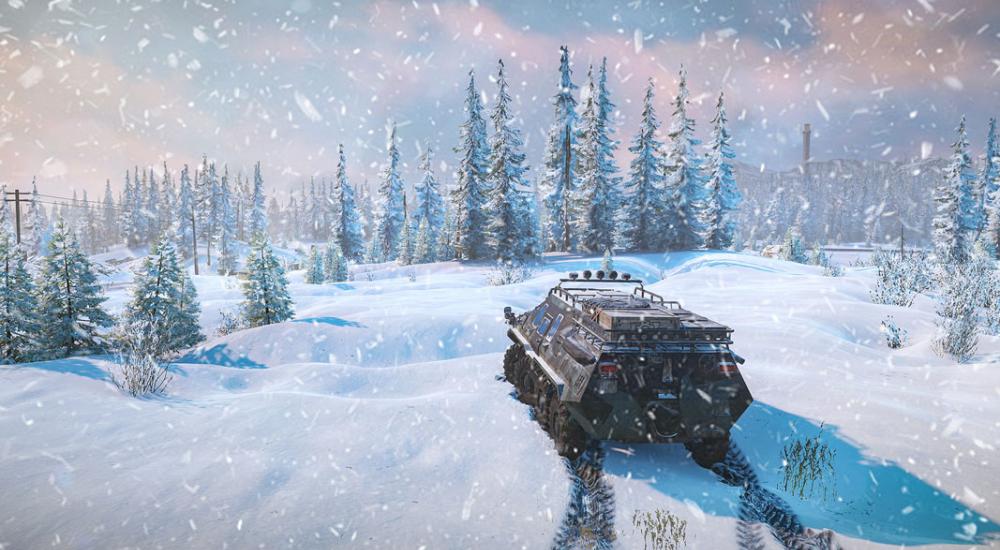 Surprise co-op hit Spintires: MudRunner is getting a sequel and developer Saber Interactive is trading in the browns for whites. SnowRunner is the game's official sequel that changes not only the visuals, but improves on just about every aspect of the original game.

SnowRunner puts you in the driver’s seat of powerful vehicles as you conquer extreme open environments with the most advanced terrain simulation ever. Drive 40 vehicles from brands such as Ford, Chevrolet, and Freightliner as you leave your mark on an untamed open world.
Overcome mud, torrential waters, snow, and frozen lakes while taking on perilous contracts and missions. Expand and customize your fleet with many upgrades and accessories including an exhaust snorkel for heavy waters or chain tires to battle the snow.

The game's world is four times the size of the original offering players plenty of opportunities to get stuck in the snow while delivering folks Instacart orders. Players can also fully customize their rigs and rides to their heart's content. Of course the best thing the game has to offer is full four player online co-op play as you work together to complete challenges and various missions. You can bet you'll be towing each other out of 6 foot snow banks!

SnowRunner is shipping for PC, Xbox One and PlayStation 4 on April 28th. You can snag a copy of it over at Amazon right now supporting Co-Optimus in the process. In the meantime, enjoy this launch trailer detailing all the game has to offer.