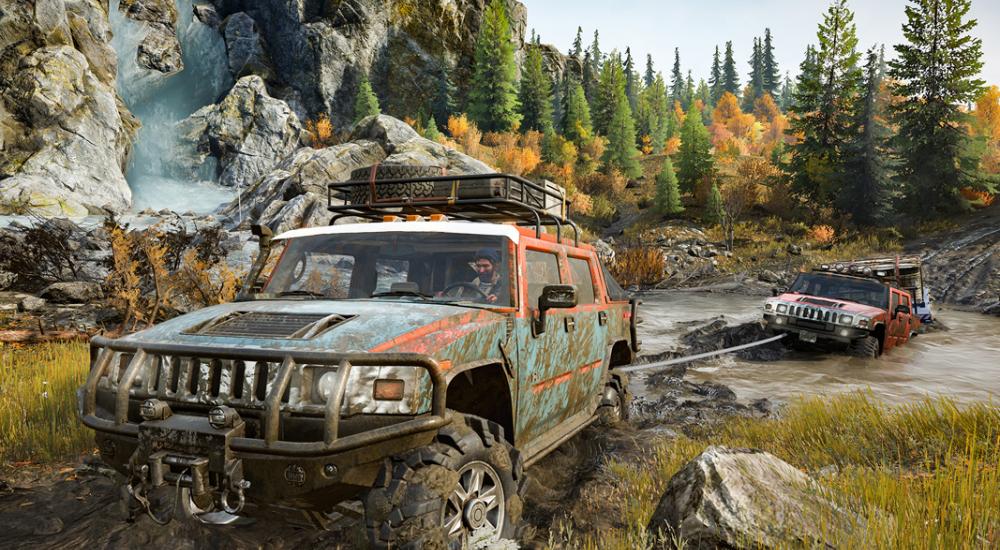 As the world shelters in the relative comfort of their own homes, it's natural that some folks will yearn for the harsh, messy expanses of the great outdoors.  What more perfect time could there be, then, for a new game about exactly that?

SnowRunner, the follow-up to the similarly messy Spintires and MudRunner, places you in a vast open world with the simple objective of getting from Point A to Point B.  Missions and contracts will vary the specifics of where you're going and why you're doing so, but the core loop remains the same:  traverse the environment, expand or customize your fleet of vehicles, and repeat.

SnowRunner's co-op gameplay lets you spread the task of terrain-conquering among up to three friends.  What says companionship better than winching a buddy out of a particularly nasty bit of muck?  And don't worry, while story progress only advances for the host, other players will still get experience and cash to bring back to their own games.

SnowRunner is now available on Xbox One, PlayStation 4, and PC.  Online co-op is offered for up to four players.