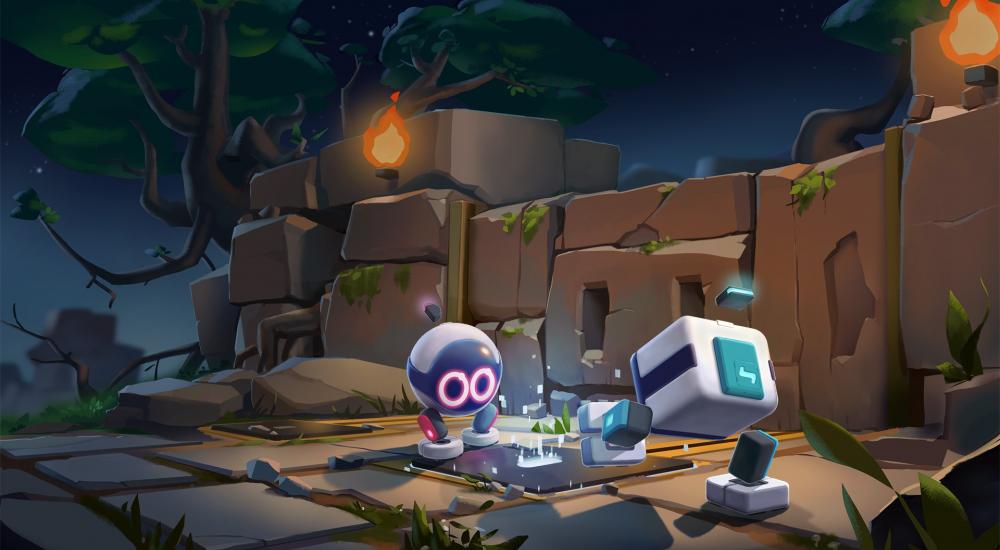 Adorable co-op puzzler, Biped, wobbled itself onto PC in March of this year, leaving console gamers pining for their chance to guide the game's cute lil' robots.  As it so happens, the wait is already almost over, as the game is releasing on PlayStation 4 tomorrow (April 8th).

Biped is a family-friendly game focusing on what the developer describes as "moment-to-moment collaboration between two players."  In it, two robots are tasked with traveling to Earth and restoring beacons scattered throughout the wilds.  This Earth isn't quite like the one we're familiar with, though.  Biped imagines a planet uninhabited by humans, leaving the flora and fauna with the run of place.  Take a deeper look at what you'll be doing in the gameplay trailer found below:

I love a good physics puzzler, and what better time could there be to explore the Earth's forests and jungles?  Plus, gameplay seems light enough that the experience should be relatively relaxing (depending on your co-op partner, of course).

As of April 8th, Biped will be available on PC and PlayStation 4.  It's expected to arrive on Nintendo Switch in the near future.  The game features local and online co-op for two players.