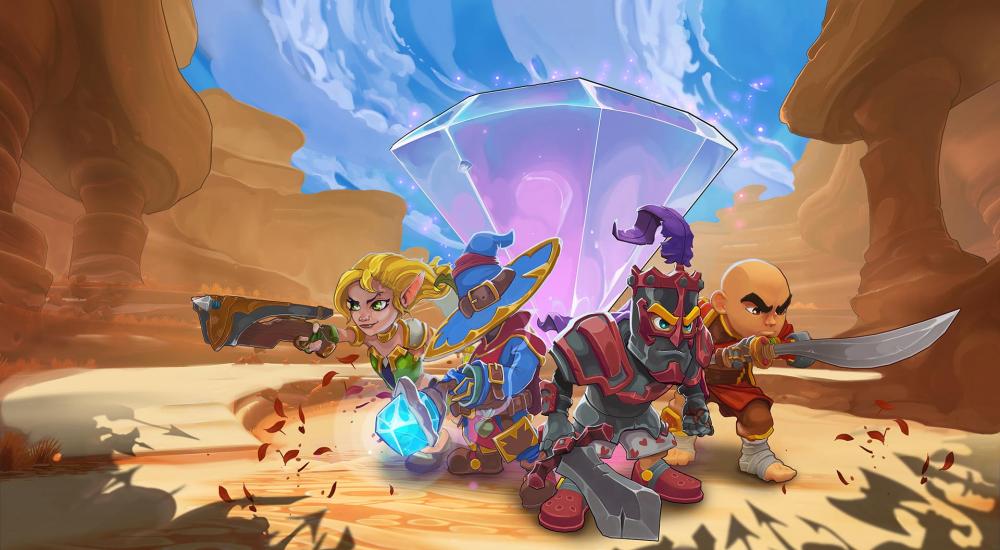 The original Dungeon Defenders was launched in 2011 and went on to be a huge indie game success in a time when indie games were just beginning to hit their stride. The game had a sequel in 2017 that changed the formula and attempted a free to play model, but wasn't met with the same critical acclaim or success. Now Dungeon Defenders: Awakened is throwing its helmet into the ring, bringing the series back and returning to the originals roots.

Dungeon Defenders: Awakened launches into version 1.0 with six difficulty modes crafted for Defenders of all experience levels, including Massacre mode, a new challenge with unique enemies to overcome. Experiment with varied game types like Pure Strategy and Mixed modes, each of which has specific rules to remix the core gameplay to test even hardened veterans, and tackle Challenge Maps, which raise the bar while sweetening the pot with greater rewards.

We dove into the game over the last few days, checking out a pre-release version and yes, it all feels very very familiar. So much so, if I didn't go back and look at videos of the original, I would have called it an HD remake. But there are differences, mainly in the core characters themselves. That said while the core gameplay loop is the same and several locations are similar, there is a ton of new content to be had and several new modes available to play.

The game does still retain some of its original charm and is a great arcade co-op experience with some light strategy elements for tower defense fans. Graphically the game looks great with bright colorful environments and caricature like heroes to jump into the boots of.

The one big change is the game's loot system and I can't help but feel it's just too cumbersome and noisy. The dungeons have A LOT of loot drops that occur throughout - whether its from enemies or in-between rounds in chests. There isn't a ton of variety in the loot and it all drops at pretty mediocre power levels. Dungeon Defenders: Awakened really wants you to convert these items to cash and then spend that to upgrade your weapons and armor.

Despite some rough edges, Dungeon Defenders: Awakened does feel fun to play and there will likely be a long tail of content like the original had. Check out our video below with some impressions and co-op gameplay. The game is out now on Steam for $29.99 with a 15% discount. It'll be out on consoles later this year.