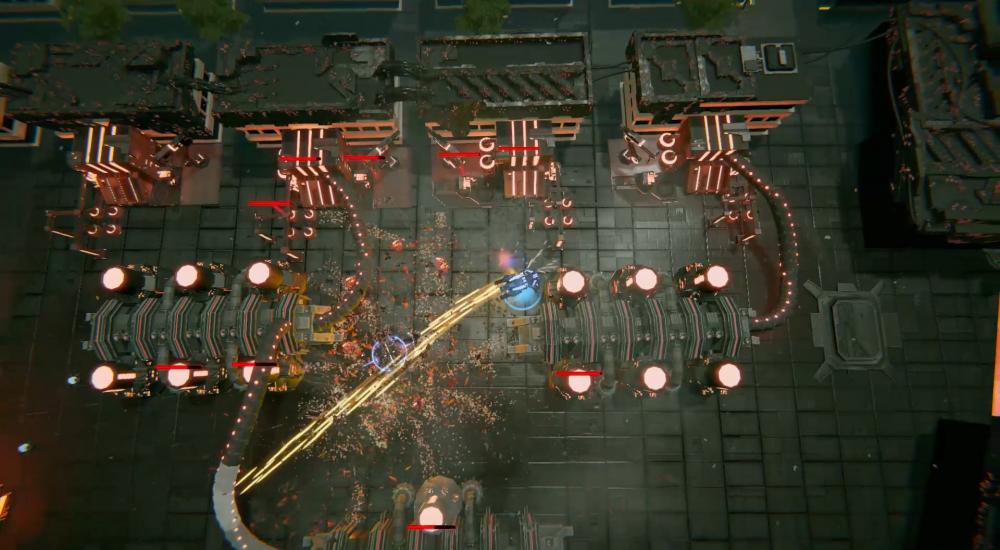 As you might expect from a game titled "Uragun", you effectively play as a big ol' gun.  Really, you're a human piloting a mech, but what is a mech if not a slightly more sophisticated gun?  The game itself tasks you with fighting back against a smart, brutal AI in an attempt to revive humanity.  Your combative romps will take you all over the world, including ravaged versions of Barcelona, Warsaw, and New York.

Uragun touts itself as a hardcore top-down shooter rewarding players who manage to hone their in-game skills.  It sounds like numerous combat options will be available, so synergizing them to match your own playstyle will prove crucial to your (and humanity's) survival.

It's not out just yet, but Uragun should be dropping into Steam's Early Access program in Q3 of this year.  Once the Early Access version is available, the developers expect the game will need another 5-6 months (minimum) to be fully realized, at which point the price will increase accordingly.  Uragun will feature local co-op for up to two players, though it's not quite clear whether that option will be available at launch.  While the initial launch is exclusive to PC, the game will also be coming to consoles in 2021.