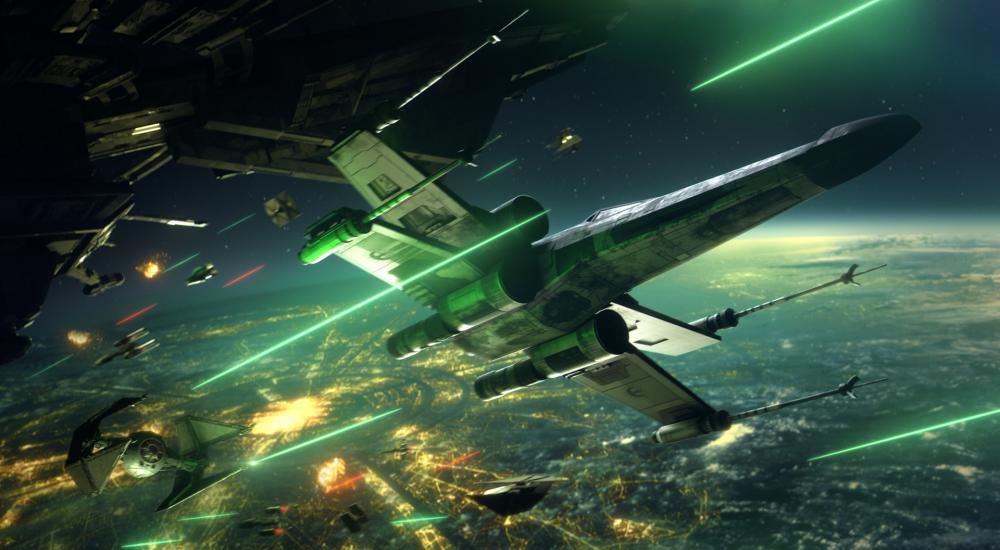 EA has recently announced a brand new Star Wars game to its lineup, and it's going to be something a little different than Battlefront 2 fans are used to, but familiar for fans of something from many years past. Star Wars: Squadrons is a brand new space sim putting players in the cockpits of Rebel and Empire starships through a campaign on each side of the battle, and then jumping into multiplayer dogfighting.

Growing up, some of my favorite co-op memories were actually for a game that was not designed to be played as co-op game. The original X-Wing, released in 1993 on PC, was a Star Wars flight sim in the truest sense. Players were responsible not only for flying and shooting down enemy tie fighters, but also managing power systems, adjusting shields, and navigating vast star systems. It's here a buddy and I split duties into Pilot and Co-Pilot - one person manning the keyboard the systems and the other manning the joystick.

Squadrons will bring a lot of this back, you need to manage your ship as much as you need to pilot it. This adds layers and layers of depth to the skill of a pilot and the ability to turn the tide of battle. I can't wait to dig in!

While Star Wars: Squadrons is primarily a single player plus PvP game, there is a gem buried in the PR material stating that some of the multiplayer modes will be playable as 5 pilots vs 5 AI pilots.