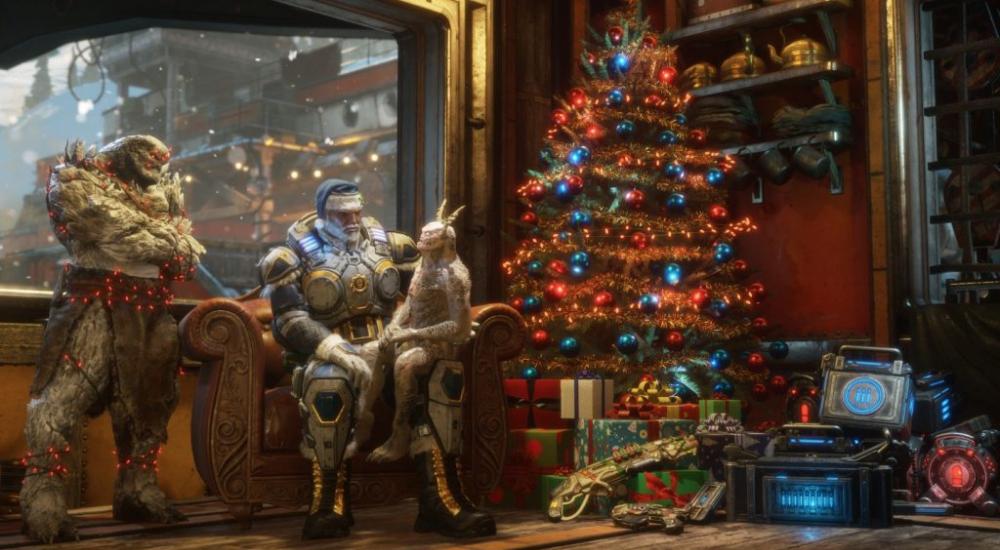 It's been over a year since Gears 5 launched, and the Co-Opticrew is finally getting back to it. Nick just wrapped up the campaign and will be heading into the new Hivebusters DLC that just launched, and the whole team decided to dive into the Escape mode, the new 3 player co-op scenario in the game.

One thing is for certain coming into a game mostly fresh after a year - there is a TON of content available to play and unlock. It's both overwhelming and refreshing. We counted close to 30 available Escape maps to play, and that's on top of Versus and Horde too. There is PLENTY to do in Gears 5's multiplayer.

Some other standout things? Lots of skins to unlock for characters and weapons, and you can use real money or in game currency earned for everyone of these (save for the E-Sports ones). That's a really nice touch in our opinion. I also enjoy the progression system for Horde and Escape that is class and card based. There's a lot of ways to customize how your character looks and how it plays.

Check out our recap below to get a feel how this all plays out. I know personally I'm going to be putting more time into the game. There's a 3x XP event going on for Gearsmas so it's super easy to unlock stuff right now, so I'll continue to take advantage of that!