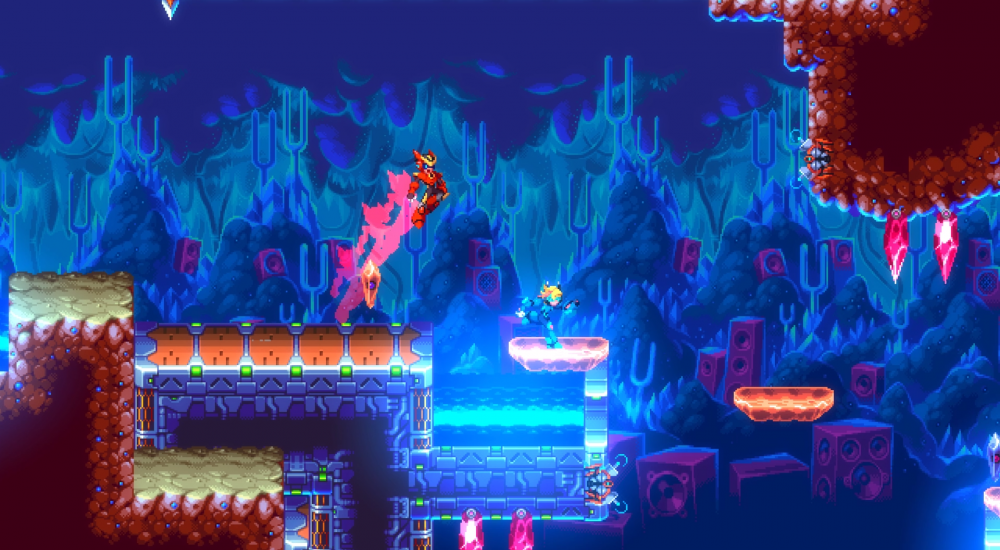 If you liked 2018’s 20XX, or are a MegaMan fan who hasn’t had their thirst for a proper installment in the series quenched in quite some time, 30XX might just be the sequel you’ve been waiting for. Recently, Batterystaple Games took to Steam to create a page for their new installment in the 20XX franchise, 30XX. The official website for the game reads: “Jump, shoot, and slash your way through 30XX, the roguelike action platformer you can play with a friend! Explore lush, ever-changing worlds that mix precise platforming with fevered combat. Destroy fearsome Guardians. Master unique Powers. Rediscover the thousand years we've lost.” Sign me up.

Currently, no platforms are listed other than the PC, though it should be noted that the  first title did make it to PlayStation 4, Nintendo Switch, PC and Xbox One. If you’re unfamiliar with the first entry in the series, 20XX, feel free to check out our review here, where we gave it 3.5 out of 5 and said: “Figuring out why a video game works well is quite a challenge, and 20XX has taken the pieces that matter from a well-known (and beloved) action-platformer and built something new with the well-worn parts.”

Are you ready to jump back into the world of 20XX, or is 1,000 years not enough time? Let us know in the comments below!