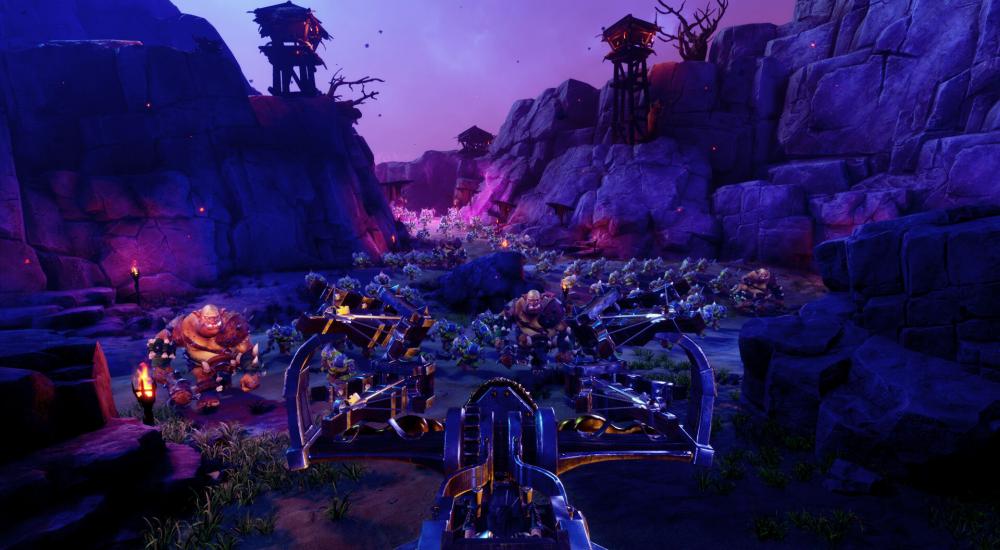 This one came out of left field for me, as I had no idea there was a sequel in the making. But Orcs Must Die! 3 is out now...and it's a Google Stadia Exclusive for the time being. The sequel takes place 20 years after Orcs Must Die! 2, which was a fine example of a co-op tower defense game.

So what's new? It appears there are two big additions to the game.  Large scale combat scenarios and mountable vehicles and weaponry. On top of that there are over 20 trap types including some past favorites.

All new War Scenarios deliver on the promise of massive scale first set out in Orcs Must Die. Confront overwhelming armies of orcs on the battlefields surrounding the castles. Thin out waves of orcs hundreds strong before they breach the walls and crash your rift.

You’re going to need new weapons of death and destruction to handle these hordes. War Machines are traps on an oversized scale. Lay down your mega flip trap and launch dozens of ragdolling orcs. Mount your mega boom barrel launcher and unleash pyrotechnic glory.

The game retains its two player co-op support from the previous title, with each player jumping into the shoes of a male or female war mage. Robot Entertainment is planning on adding more characters in the future.

As we mentioned, the game is a Stadia exclusive, that means it's only available to "stream" and requires an internet connection to play. That said there are plans to bring the game to Steam in the future. That date is TBD. Stadia Pro owners will get the game for free, otherwise it'll set you back $29.99.