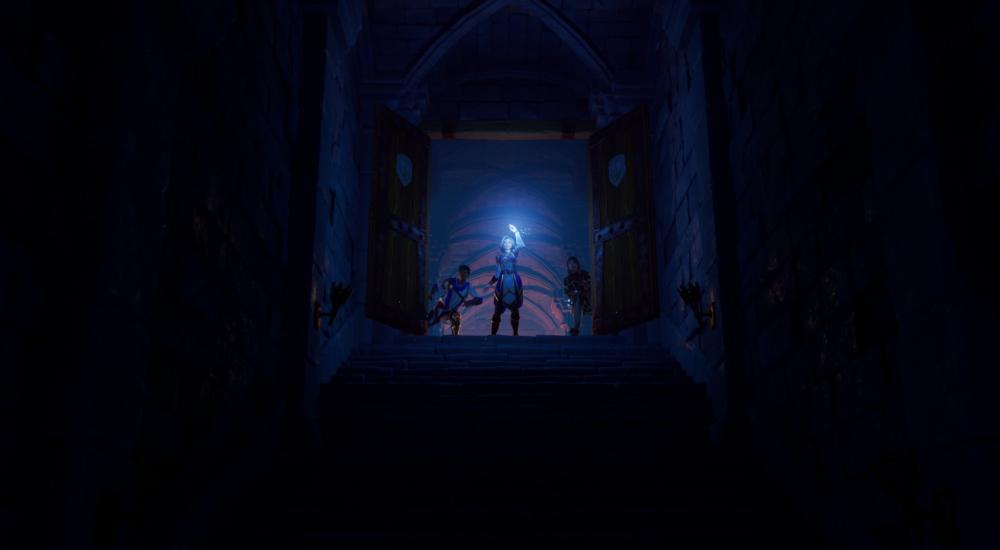 After the less than stellar Orcs Must Die! Unchained, the free to play moba-esque version of the game, the series returns in all its original glory with a focus on tower defense once again in Orcs Must Die! 3.  Jason and I dove in head first to see what has changed since the last proper game was released in 2012.

The short answer is - not a lot. But in a good way. Orcs Must Die! 3 feels like the culmination of all of the games, with a focus on replayability and upgrades. If you've never played an OMD game before, players take on levels where orcs will run a set path or paths to the center of your dungeon. If too many get through, you lose. To stop them you'll purchase traps and setup an elaborate system to thin the horde so you can take them down with your character via various magical weapons.

Each successive wave gets more and more difficult and the game will mix up the enemy types with fast, heavy, and ranged type characters all making it more and more challenging.

The biggest addition to Orcs Must Die! 3 is the new War Scenarios in which you exit the dungeon and onto the battlefield. Instead of focusing on tight corridors you need to manage crowd control in wide open spaces. It's an interesting mix on the formula and the level Jason and I played was quite challenging and fun.

Give our recap a watch and let us know what you think.