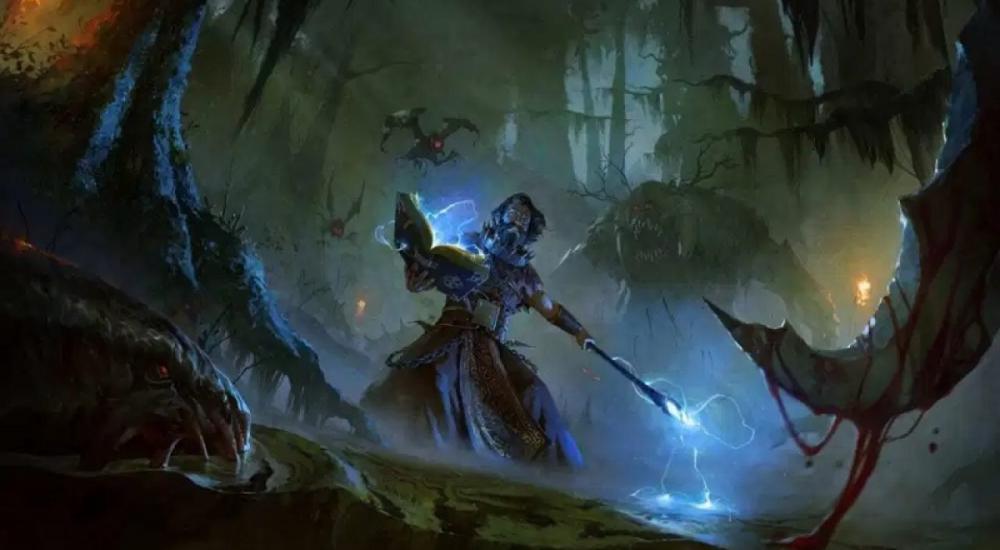 Here's a hypothetical situation: you're a disgraced priest living in a psuedo-medieval world where horrid creatures are free to wander around and terrorize innocents.  What would you do?  Would you mope around, maybe write some strongly worded missives, or would you pick up your dang staff and set out to right those obvious wrongs?

GRAVEN, an upcoming first person shooter/puzzler from Slipgate Studios, takes the latter approach.  In this spiritual successor to Hexen 2, you'll be exploring three separate regions for villagers to help, secrets to find, and monsters to slay.  To accomplish these tasks, you're armed with numerous weapons and spells, which can be upgraded as you see fit.  The game sports a late-90s retro aesthetic that's been all the rage recently, which you can see for yourself in the reveal trailer below:

If you're curious to see more, publisher 3D Realms has also released a 10-minute gameplay trailer to show off some of GRAVEN's early action.

On the cooperative front, you'll be able to explore these mysterious sandbox environments with up to three friends in tow.  Local co-op allows two players to split a shared screen, and online co-op handles up to four players.  At the higher player counts, I can only imagine the game morphs from "spooky exploration" into "pure, unbridled chaos."  Either way, it should be a good time.

No precise date has been provided for GRAVEN's release, but it should come sometime in 2021.  When it does arrive, the game will be out on PC, Nintendo Switch, Xbox One, Xbox Series X, PlayStation 4, and PlayStation 5.