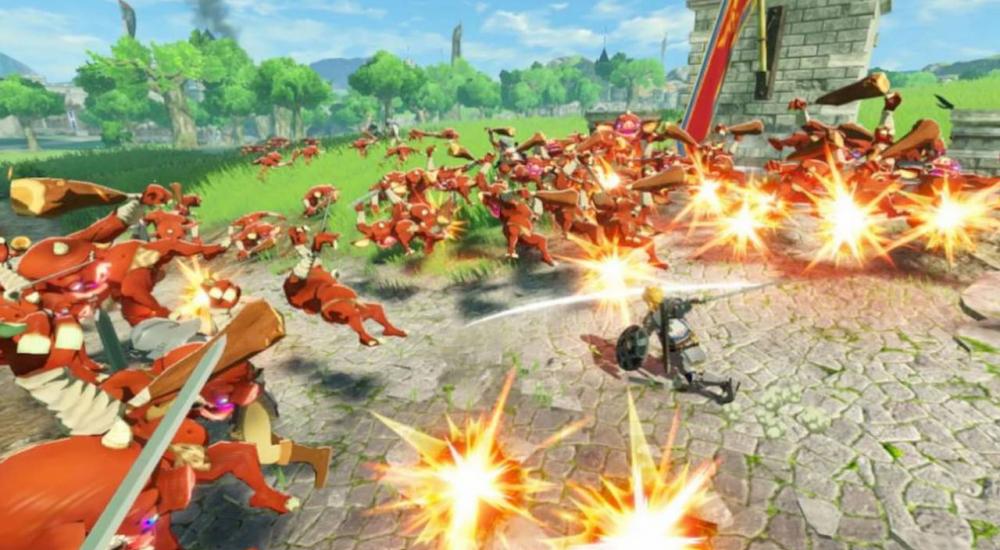 Hyrule Warriors: Age of Calamity's release date isn't far off at this point, so naturally, folks are starting to get mighty curious about how it'll play, as well as how it'll differ from its predecessor.  Even though this style of hack-and-slash game tends to be more iterative than innovative, it's certainly understandable that fans of the genre want reasons to get excited about the upcoming title.

Fortunately, Nintendo is well aware of this desire, so in a recent Treehouse: Live event, they spent nearly half an hour showing off some pure, unadulterated gameplay footage.  The video itself includes several characters and stages, so you should come away with a pretty solid understanding of what all Link and Co. will be getting into.  There's a brief discussion among the hosts at the beginning of the video, so if you're wanting to skip directly to gameplay, you'll find it almost exactly a minute in.

One interesting note from the video is that gameplay takes place in (mostly) the same map from Breath of the Wild.  This will certainly be a highlight for anyone who enjoyed Nintendo's 2017 adventure game but wanted like... five hundred percent more fighting.  Crafting, cooking, and quest selection also make up a sizeable portion of the video, each of which appear to nicely complement the combative sections of the game.

Hyrule Warriors: Age of Calamity will be available for Nintendo Switch on November 11th.  It will support local co-op for two players.