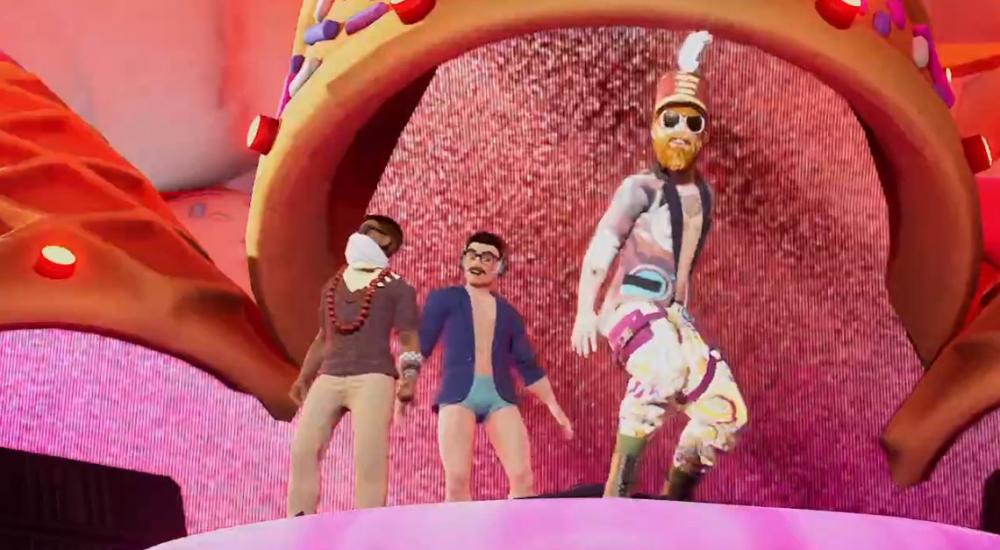 A long time ago a music games were all the rage. Battles were fought on consoles for the ultimate "hero" game with the likes of Guitar Hero, Rock Band, DJ Hero and many others. But the bubble burst and those games were found few and far between. Now one of the original studios is back, with Harmonix bringing us a brand new game that teaches players about mixing together music. It's called FUSER.

The meat of FUSER is the game's main campaign mode that slowly introduces numerous concepts of mixing like muting, solos, free-style instruments, and effects. It's here you'll earn experience and virtual bucks to purchase more songs for your crate. Once you become a competent DJ you can then dive into the game's multiplayer modes of Freestyle, Co-Op, or Battle.

The basic premise of mixing is true to form. Use audio and or visual cues to know when to mix in part of a track achieving the most points and hyping up the crowd to your sick beats. Unfortunately this seems to be where the game starts to fall a little flat because it encourages quick, rapid, and constant changes to the music which doesn't let things ebb and flow like they should in any good mix. At least in the campaign and co-op modes, instead you'll want to head over to freestyle and create your own mixes there.

Perhaps the most frustrating thing about FUSER's co-op mode is it's incredibly short, there's no way to just have an endless loop go back and forth between players. Instead you have about 60 seconds to make your mix and then it's on to the next player. While awaiting your turn you can send emotes, make requests, or send message of encouragement - so you aren't completely idle, but boy...is it quick.

Check out our recap below where we cover most aspects of the game and let us know what you think. We have to hope that Harmonix will tweak how this mode plays out, because right now it falls short of its potential.