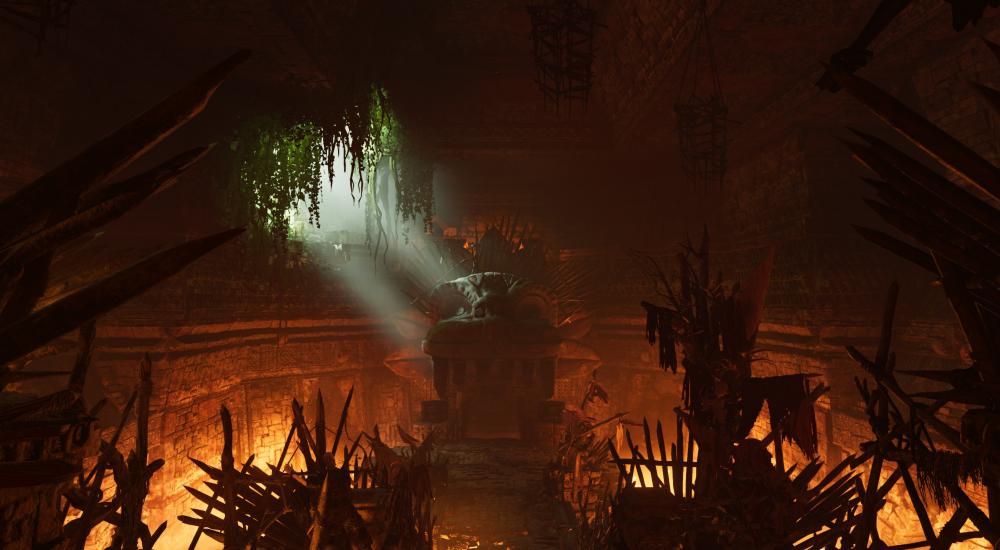 Thanks to a recent sale, the 2018 title Shadow of the Tomb Raider and its entire catalog of DLC could be had for around $10. So I jumped at the chance to check out the game, having mostly skipped its predecessor, Rise of the Tomb Raider. One thing the latest title added was the ability to play through tombs with a friend in co-op fashion.

So we dove in.

Shadow of the Tomb Raider features seven co-op tombs which came as part of its DLC and are now included in the definitive edition of the game. Two players work through these puzzle tombs to traverse to an end artifact. You'll be running, jumping, climbing, hitting switches, exploding gas, and generally pretending to be your best Lara Croft you can. There are various modes of play including exploration, timed, and challenge mode that involves collecting wisps with each including leaderboards.

Overall these are incredibly well put together and a ton of fun to work through with a friend in co-op. Teamwork is absolutely required and the different perspectives players bring to the traversal of the level is the key to solving things. You can see our adventure through two of the tombs below.