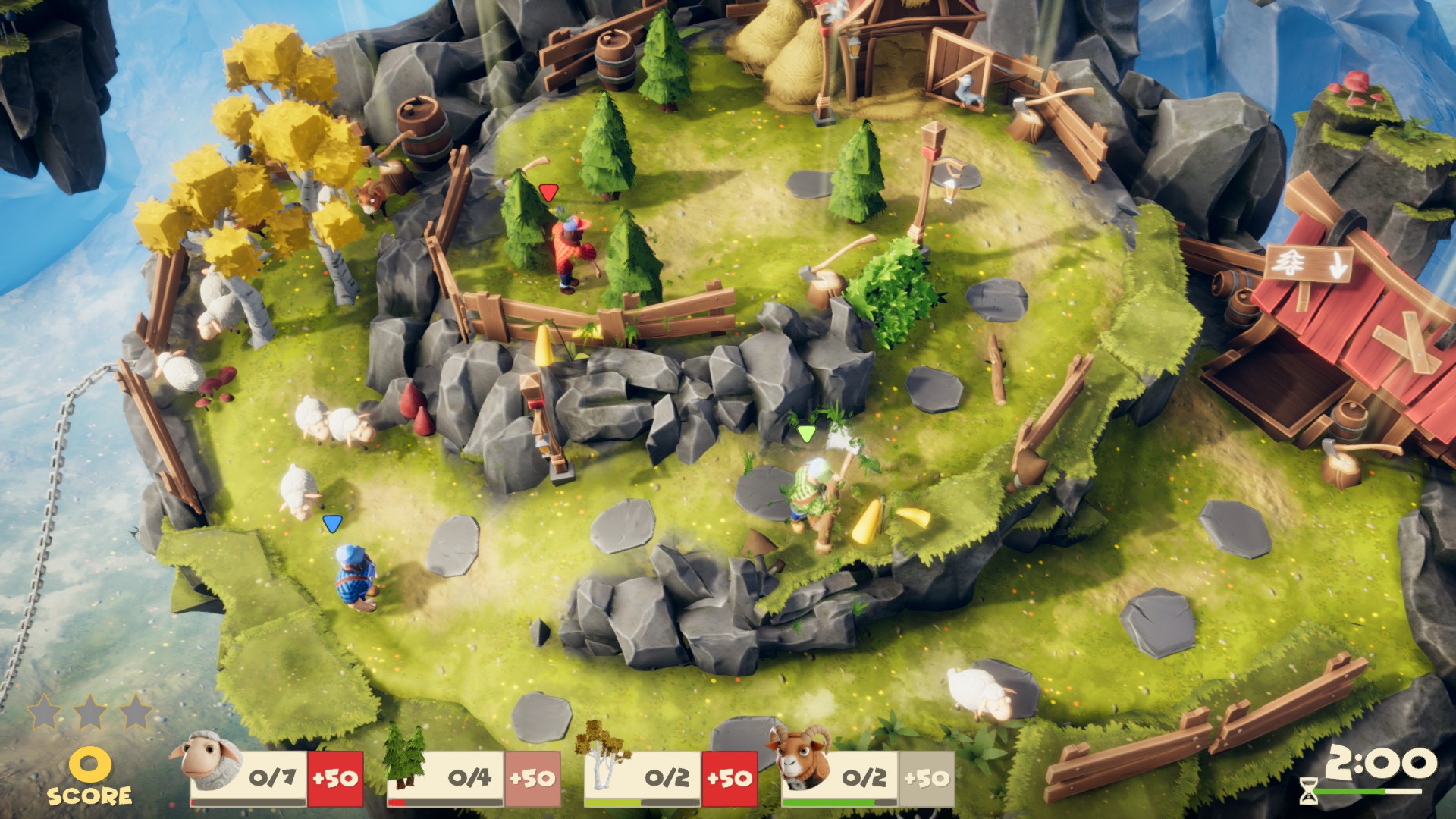 First announced last year, the hectic lumberjack party game Lumberhill is now available on Steam. The concept seems to be "Overcooked, but with lumberjacks." Having played some local and online co-op in the final release, I can affirm that chopping down trees and wrangling sheep with friends actually makes for a very good time.

Like Overcooked, developer All in! Games' Lumberhill consists of single-screen levels that can be tackled solo or with up to 4 players in co-op. Each level presents a number of time-limited goals such as chopping down varying numbers of specific species of trees, moving sheep and rams to the barn, and even collecting pterosaur eggs while avoiding their angry mother. Yes, Lumberhill features both grounded and fanciful locations that make for a silly good time. Unlike Overcooked, there's no story holding everything together. Players simply select from numerous levels and try to earn up to 3 stars on each one. When you're selecting a level, the game alerts you about open online games (though not for that specific level), making it very easy to find others to play with. Players can also host or join multiplayer games through a server browser. There's no text chat in-game, just a simple textless communication system.

Lumberhill's chief advantage over that popular cooking game is simplicity. You don't have to learn complex recipes here or manage too many different things at once. Just collect the proper resources and turn them in at the designated location for that type of resource. It sounds simple, but navigating the terrain and avoiding hazards still gets pretty chaotic. With co-op partners, things get even faster and more frantic.

Lumberhill supports both local and online co-op for up to 4 players. Local players can even share a controller, so 2 controllers make it possible for 4 players to get chopping. The game sells for $14.99 on Steam, with optional character skin packs available for two bucks a pop. A Nintendo Switch version is planned for Q4 2021.